To Have a Sister

Throughout my life I’ve had my existence attributed to my sister countless times. Here’s how the story goes: as an eight year old child, my sister Anna (who I’ve called Cici my entire life) pestered our parents for a baby. Eventually they succumbed and I was born, shortly after they made the move from Northern California to Northern Virginia.

I was raised in a two-parent home until I was six years old and our parents separated, but my sister always had an oversized influence on me. I remember being chased around the house as a child, being targeted by Cici, who would do things like tackle me, pin me on the ground, and tickle me until I couldn’t breathe and would start crying. Although our childhood together wasn’t unbroken because our parents separated when I was 6 (and she was 15), I remember when I stopped being the target of big sister when I reached adolescence. “We’re cool now” was the message, as I awkwardly reached adulthood and eventually grew to be bigger than everyone else. That was a turning point, where the days of me being the smaller subject was over. It was a long road, which began with me being dressed up like a doll by Cici as an infant, which made our father furious. These are priceless memories which I have no recollection of, other than seeing the photographs my entire life.

Cici is a force to be reckoned with. Because of the separation of our parents, she was forced to grow up quickly and develop a strong, independent spirit. I think she always had that, but it surely strengthened. I have this also, likely for the same reason, and in the past we’ve been at odds with each other. Mostly over trivial things: we had a major fight on a road trip in Australia over how much water I drank. It involved pulling over the car, yelling at each other, and swearing that we’d never do a trip like that again. If you have a sibling, you might be able to relate to that kind of petty bickering. Cici is not a tepid, passive person and neither am I.

China has a funny way of impressing the significance of having siblings. It was just one year before I was born that China enshrined its One Child Policy, coincidentally here in Chengdu. Were my family Chinese, I would not have been born. Almost without exception, people my age in China have no siblings. As a result many are spoiled and have an inflated sense of entitlement due to a childhood (and often adulthood) of coddling and helicopter parenting (this phenomenon is known as Little Emperor Syndrome).

I couldn’t be happier not just to have a sibling, but to have the one I have. I’ve had people tell me that they look up to my confidence and ability to confront adversity and accept challenge, but these people do not know Cici. If I’m ever in a post-apocalyptic survival scenario, Cici is the person who I’d want at my side, because she doesn’t quit. I love her. 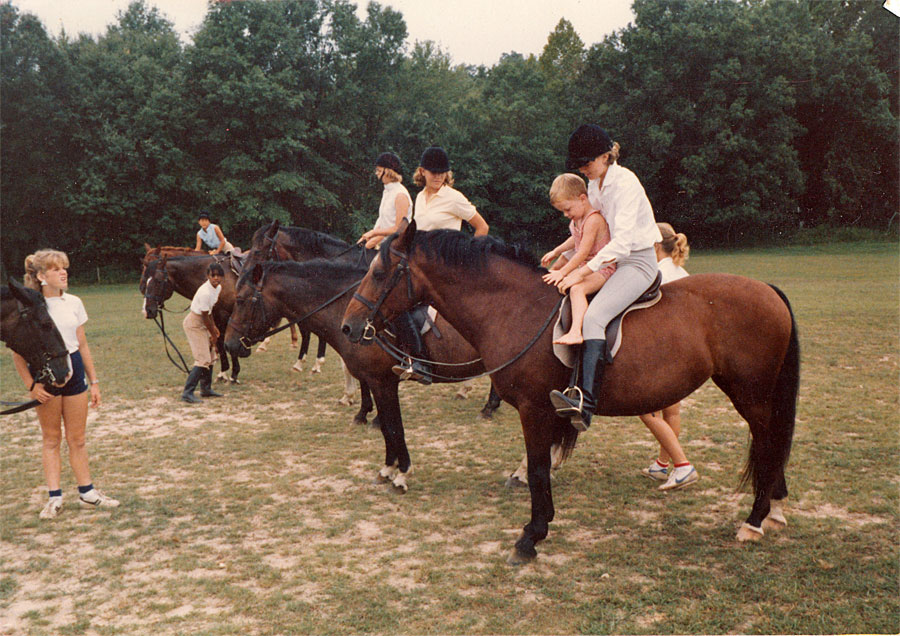 Horseback with Cici as a child