One of the first good friends that I made in Chengdu was named Tenzin, a Tibetan American who had already spent several years in the region before I arrived. I met him in a local club called 2Pac, and first saw him perched on a stool surrounded by Chinese girls. He was wearing sunglasses, had a goatee, and had shiny Thai jewelry sitting amidst a tuft of chest hair protruding from a black button-up shirt.

This was in 2005, and now, in 2016, my buddy Kensho has taken the Thai jewelry torch and raised it to new heights, collecting pieces in Bangkok and selling them in San Francisco and Oakland. On a recent trip to the Bay Area I was given one of these pieces by Kensho and helped him sell a few at local shows which he performed at. Here are some photos of the details on these. Mine is the tiger. Check out Kensho at one of his shows, which he posts about on his website: Kensho Kuma 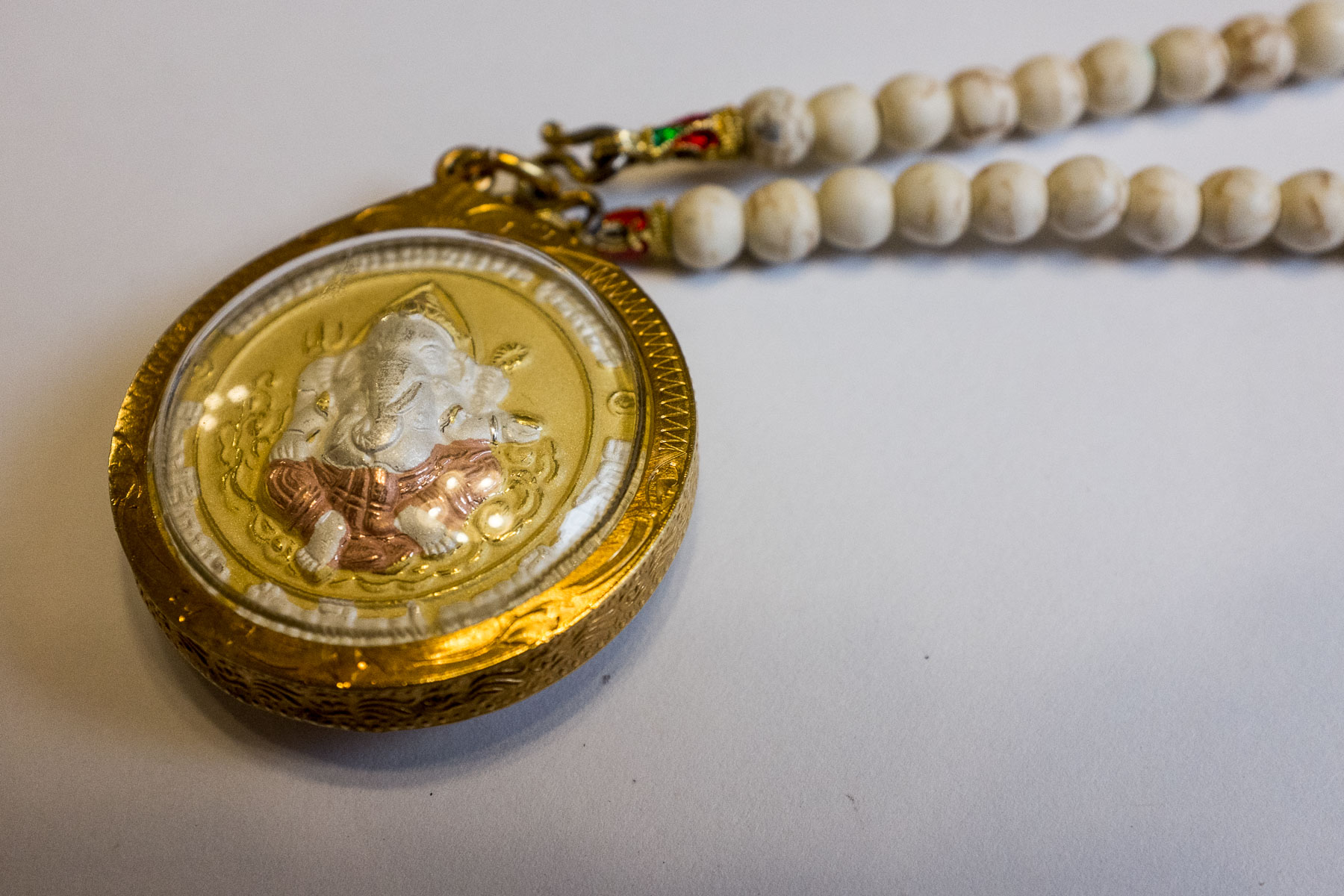 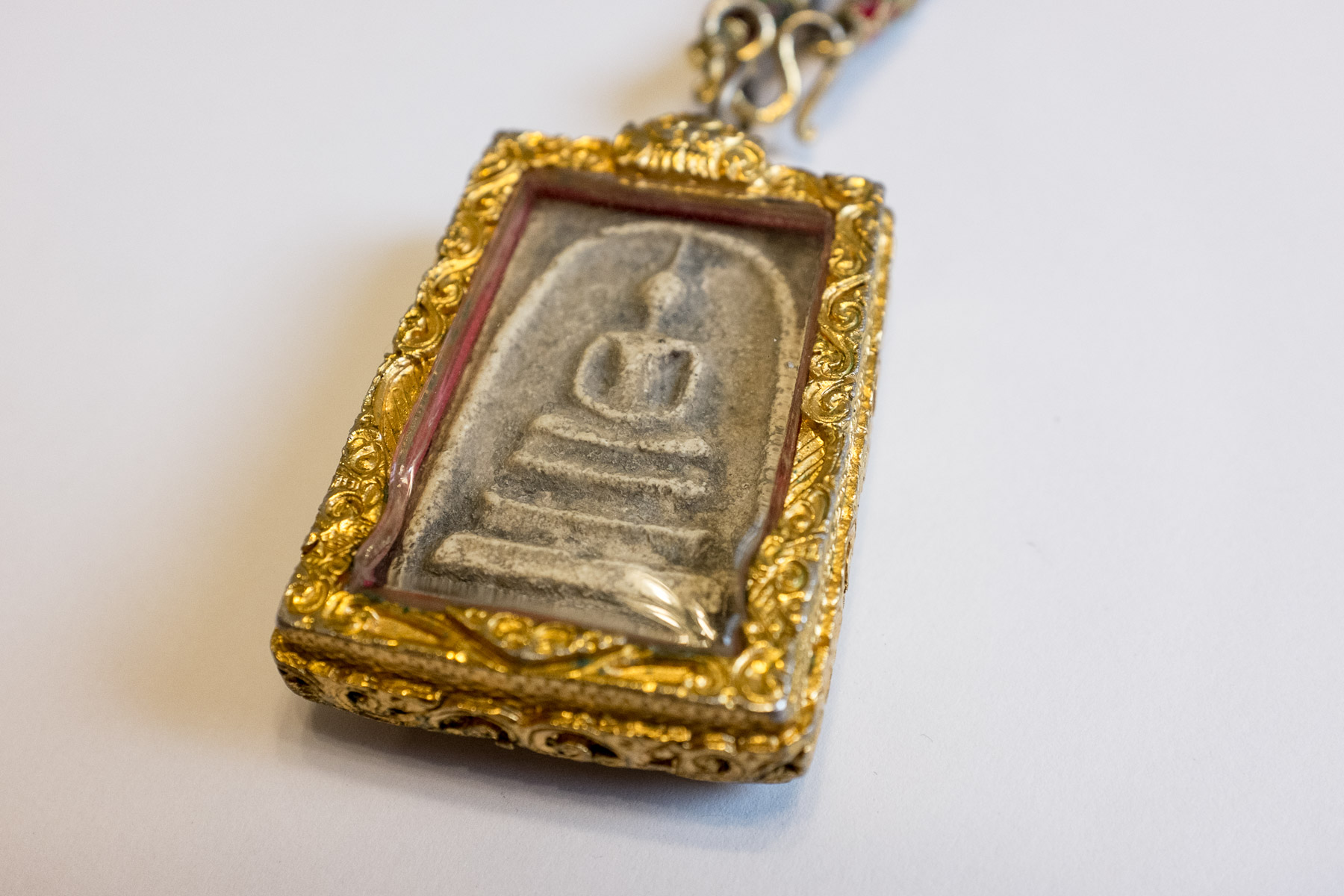 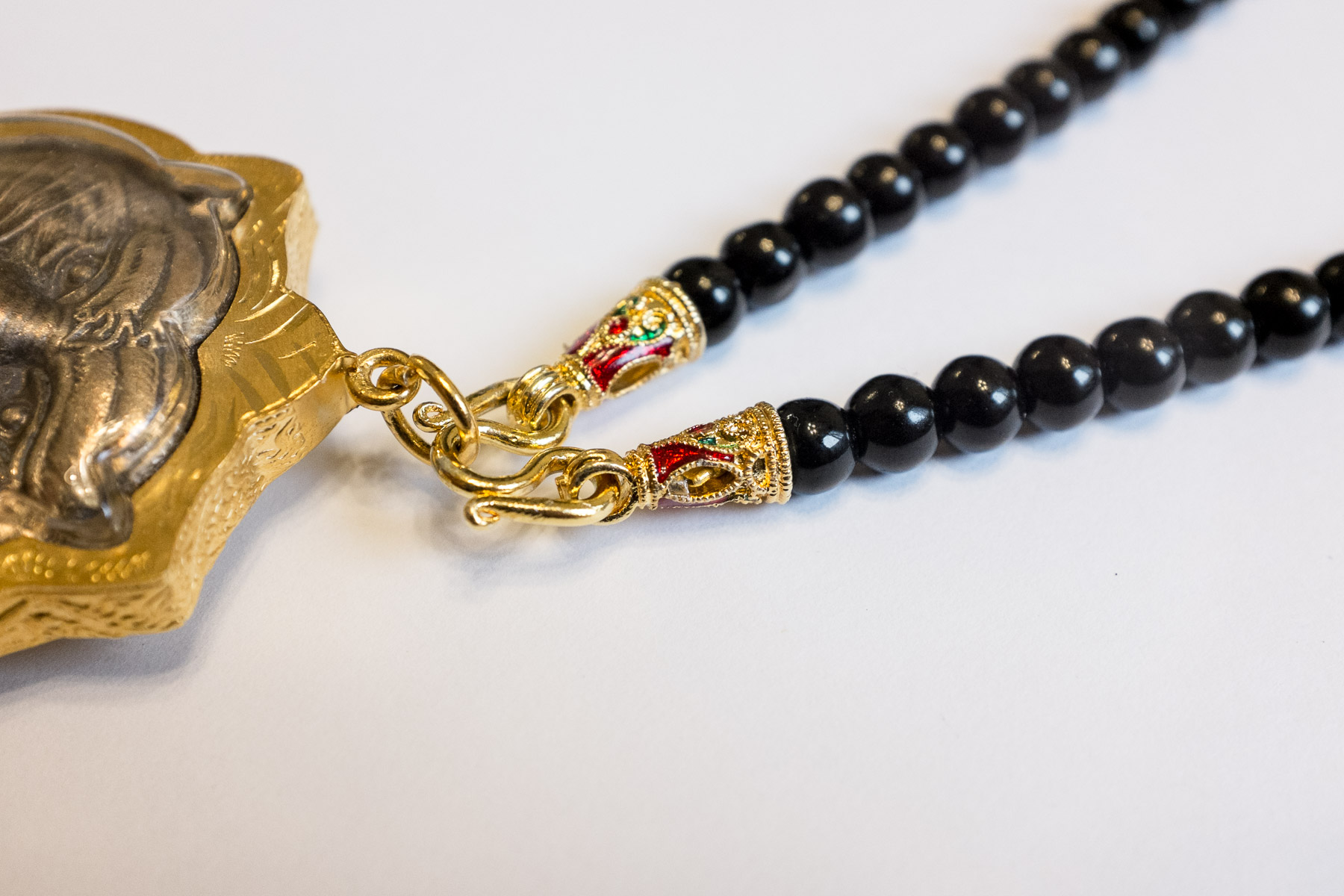 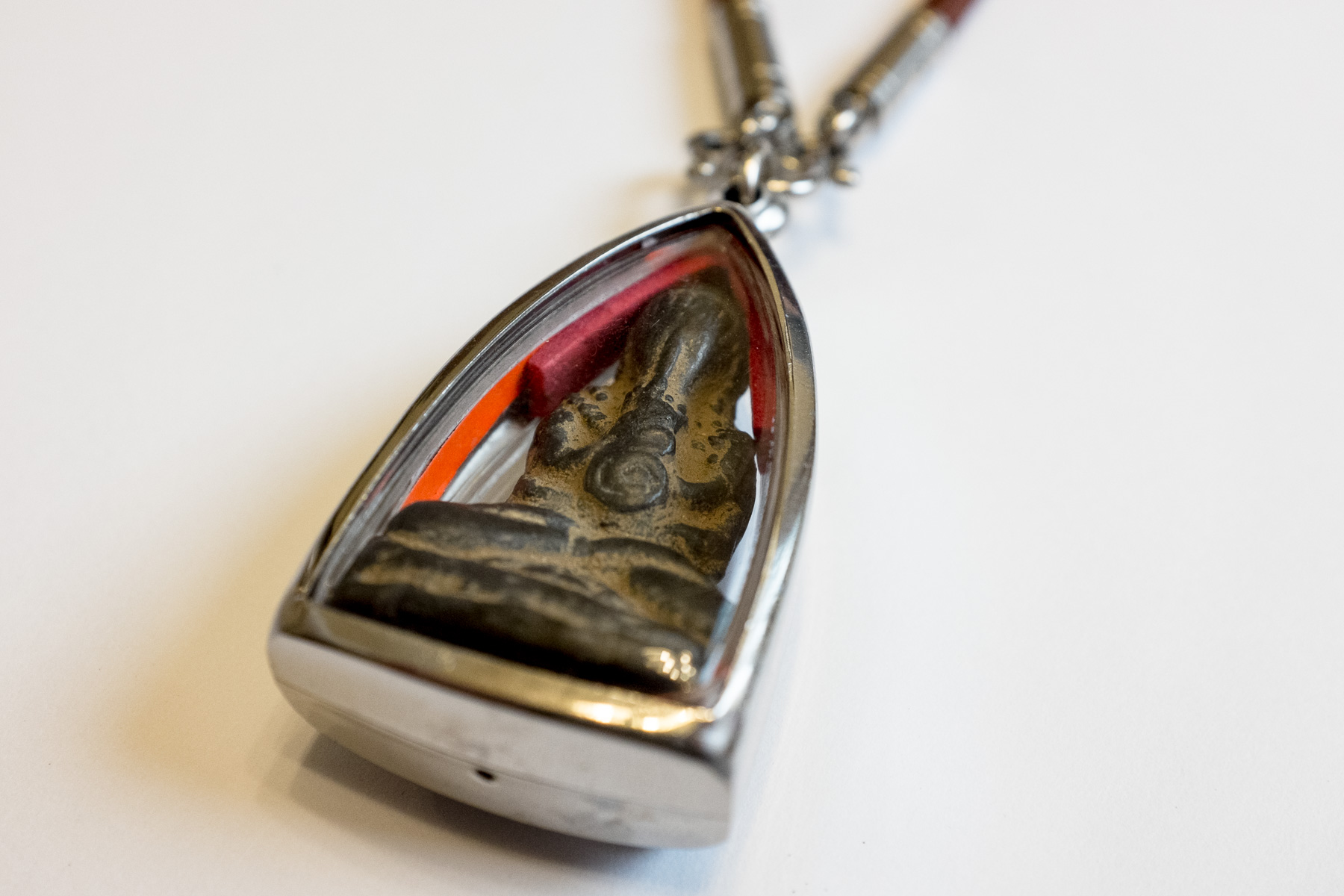 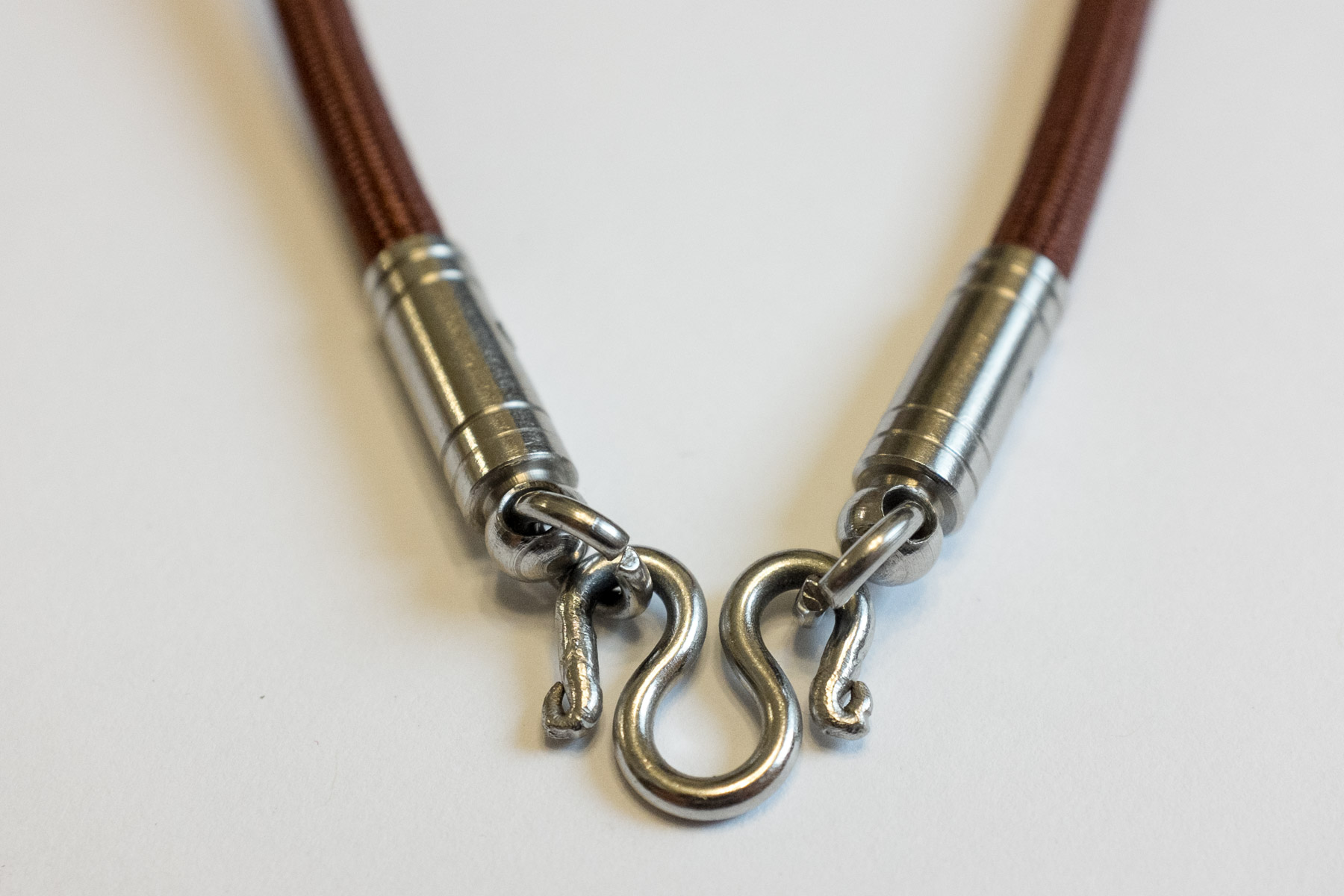 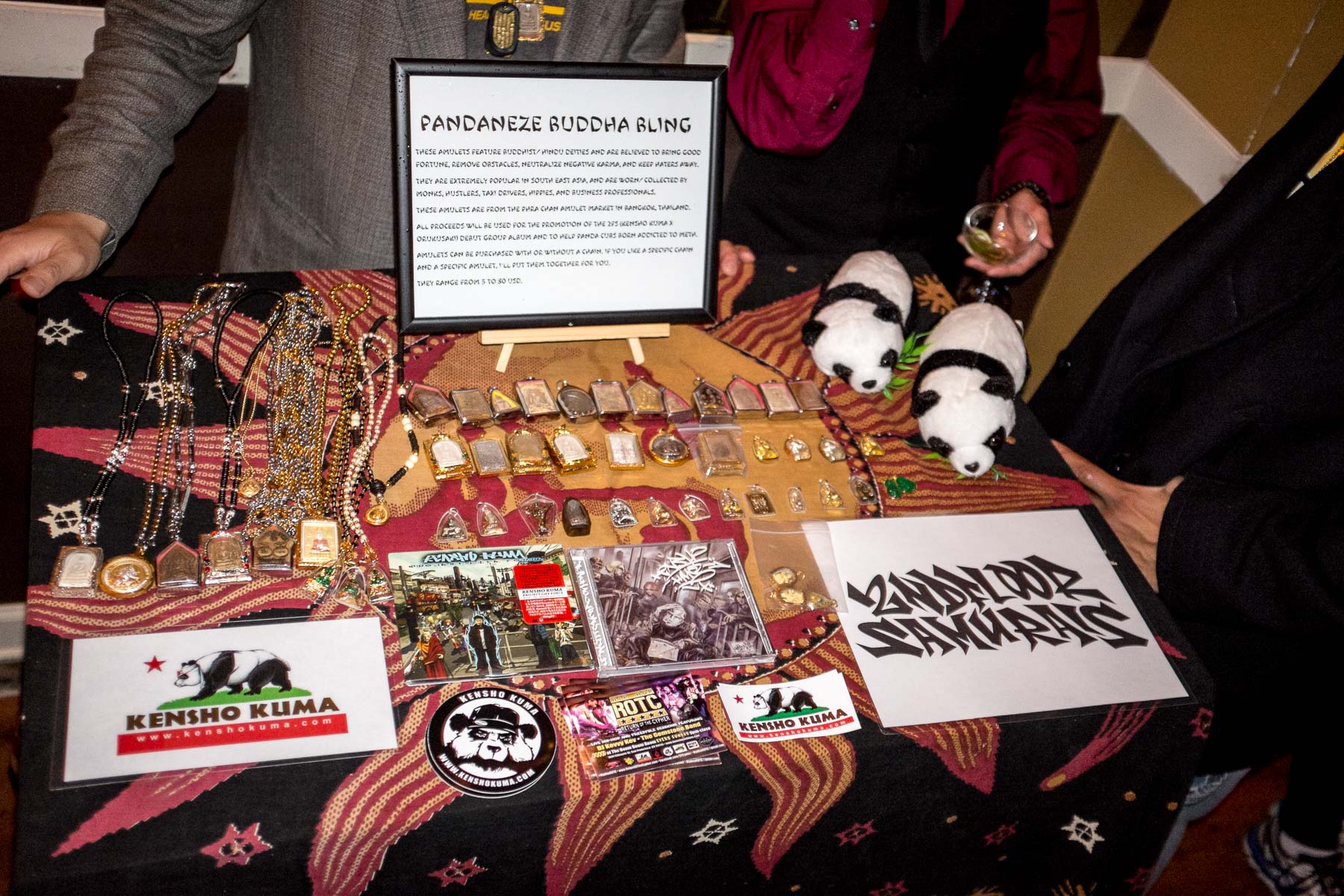