Over the years I’ve tried countless applications and methodologies for language acquisition. When I first arrived in China over ten years ago I wrote down everything I learned in Moleskine notebooks, first with pinyin (romanized Chinese) and later with characters. After committing to this practice for a few years, I found myself with about six notebooks filled with Chinese. I had learned a lot, but by that time the iPhone had been released, apps were being developed to learn languages, and the methodology which I had used for years was starting to look obsolete. Since then I’ve tried dozens of different tools and applications. Most of them I discard, but I’m always looking to switch to something more effective.

Recently a new tool came to my attention called Glossika. It’s an audio and sentence-based tool for rapidly improving your language skills. Glossika supports an incredibly wide array of languages – 58, in fact, as of publishing this blog post. Some of them are very obscure, like Hakka, a regional dialect in China which is very difficult to learn because there are almost no resources available for learners.

So I dove into Glossika, to see what benefits it could bring me in achieving my language goals. In testing Glossika I used it for Chinese (Beijing dialect – they also offer Taiwanese), German and Japanese.

Glossika is based on audio and sentences. You advance through thousands of native sentences offered on the platform, through what the app calls “Reps”. You set a goal for a certain number of reps each day, and through seeing and hearing natural sentences in your target language, they are committed to long term memory. Glossika is a web-based tool, which does not offer an app, and works via a subscription model which costs $30 per month, or $288 per year. Unlike some other language learning programs like Duolingo or Memrise, Glossika is made for more committed, serious language learners. It is not made for beginners, as is explained below.

With a free account, you can study up to 1,000 reps in any language, before you hit a pay wall. But once you pay for the service, the full feature set is unlocked:

How long it’ll take you to learn a language depends on your skill with language acquisition, the difficulty of your target language, and how committed you are. But Glossika provides some helpful guidelines for creating a goal and setting a timeline: 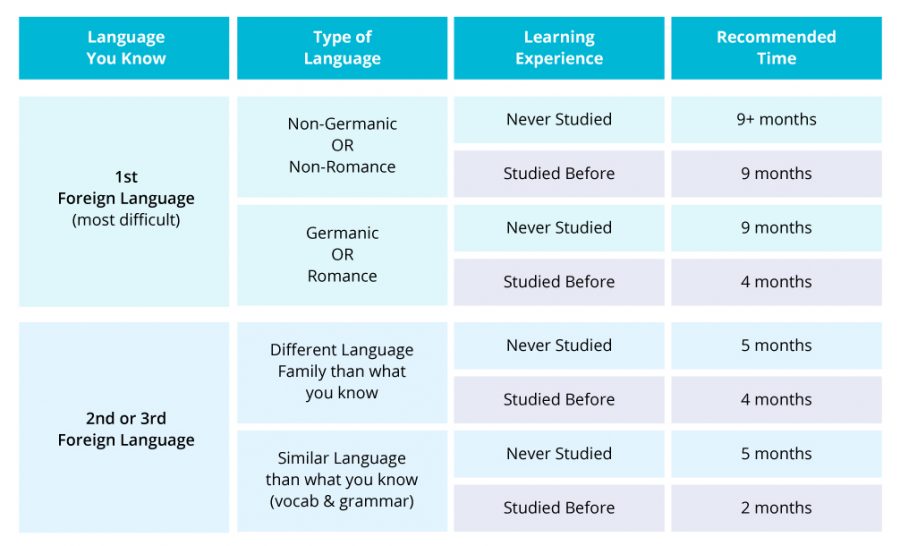 Once you become a paying member, you have access to every language offered on the platform. This is an enormous amount of content to have access to, but because Glossika is not made for beginners, it’s not a great place to start with a new language. Jumping straight into native sentences in a new language will skip over important fundamental aspects of learning a new language, like internalizing the sounds and basic grammar rules of the language. Glossika is clearly made for intermediate and advanced learners. There is a Glossika Guide which provides answers for many of the most common questions you’d have about the platform, but the real reason to use this tool in particular is because it builds speaking confidence. For most people, this is the underpin of practical language learning.

I’m torn on Glossika because in some ways it’s a powerful tool which has no peers, and in others, it is incomplete. It is purpose-built for a very specific usage case: learners who can speak a language but want to build confidence in their skills through exposure and repetition with native sentences.

Here’s what I’ve come away with after switching from Anki to Glossika for about a week.

The Benefits of Glossika

The Downsides of Glossika

If you’re an intermediate or advanced language learner, Glossika is worth checking out. It’ll cost you nothing to give it a shot, and if it suits you, it’s incredibly powerful. But it will not be for everyone.