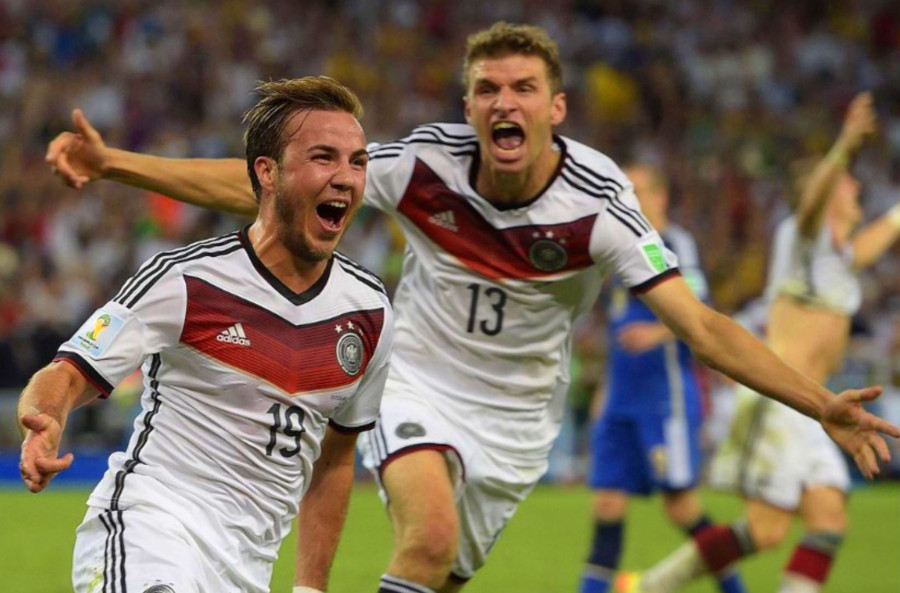 This was the best World Cup in a long, long time.

And not just because the final outcome suited me personally – it was defined by a record number of goals, the most shocking result in World Cup history, and world-class performances from unlikely threats like Costa Rica. The group stage alone was electric, with the United States emerging past both Portugal and Ghana. Italy, England, and Spain were all left behind, Spain most unceremoniously falling to Netherlands in an amazing 5-1 game.

And most memorably, Brazil’s bitter 7-1 to loss Germany will be remembered for generations. The most surreal sporting event I’ve ever witnessed, made even more dreamlike by the fact that it was 5am local time in China as I watched Brazil haplessly run around in circles while being thoroughly routed.

I had predicted a Netherlands-Germany final, as I thought that Netherlands with their potent attacking trio of Robben, Sneijder, and Van Persie posed too great a threat for Argentina’s perpetually misfiring offense. When the game went to penalty shots, Netherlands was without the substitution it needed and their goal keeping was woefully inadequate. Losing to penalty shots is the worst. Perhaps my most vivid World Cup memory is Germany defeating Argentina in a penalty shootout in the 2006 quarter-finals. Wearing the German jersey, I watched the game amidst a large crowd and directly next to an Argentinian wearing his own colors. His heartbreak at Argentina’s loss was only matched by my jubilation, after 120 minutes of nail-biting tension.

This final was a lot like that. Incredible intensity as both sides failed to capitalize on near-misses. Only 7 minutes from a penalty shootout did Goëtze sink the winning goal, paragon of excellence to punctuate Germany’s unparalleled domination in recent weeks. It was a goal worthy of winning the World Cup. This game was Man versus the Machine. Messi being the man, the be-all of the Argentinian offense, and The Machine being the redundant and well-oiled system that Germany has masterfully engineered with stunning precision.

At last, after 24 years and four consecutive appearances in the World Cup semi-finals, the fourth star falls into place.