Chengdu is a city surrounded concentric circles with Tianfu Square at the center. Currently there are three ring roads encircling Chengdu and major construction has just completed on the second, adding a gigantic second layer to the highway which encircles the city. One side effect of all this development is, as many people have been saying, that traffic threatens the Chengdu way of life. It’s hard to be laid back and stuck in traffic at the same time.

But now that it’s done, it doesn’t feel like such a bad thing. Traffic and pollution have greatly improved and this is now the fastest way to traverse the city. Fingers crossed that Chengdu doesn’t grow to demand seven ring roads like Beijing has.

It still looks and feels strange to me though, like walking down into the Chengdu subway for the first time. 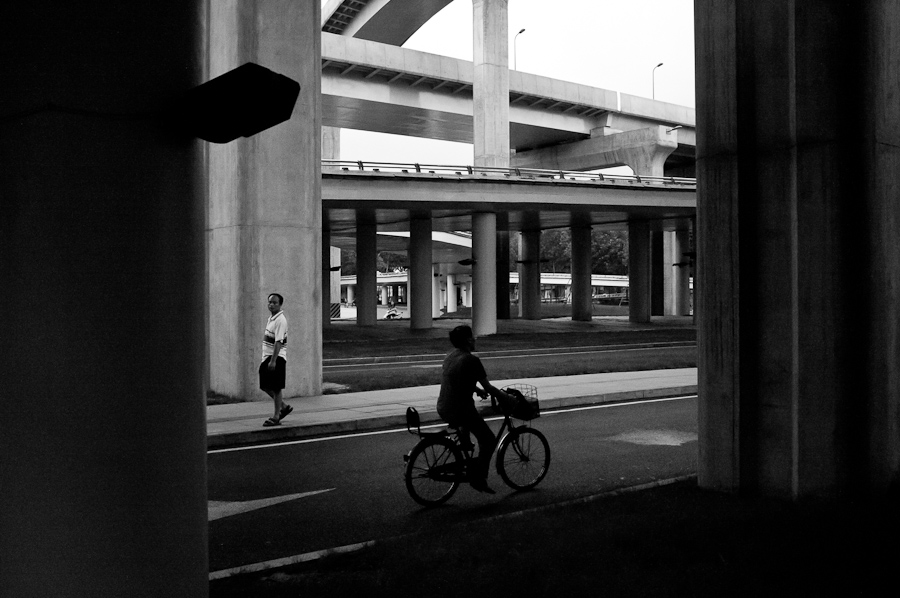 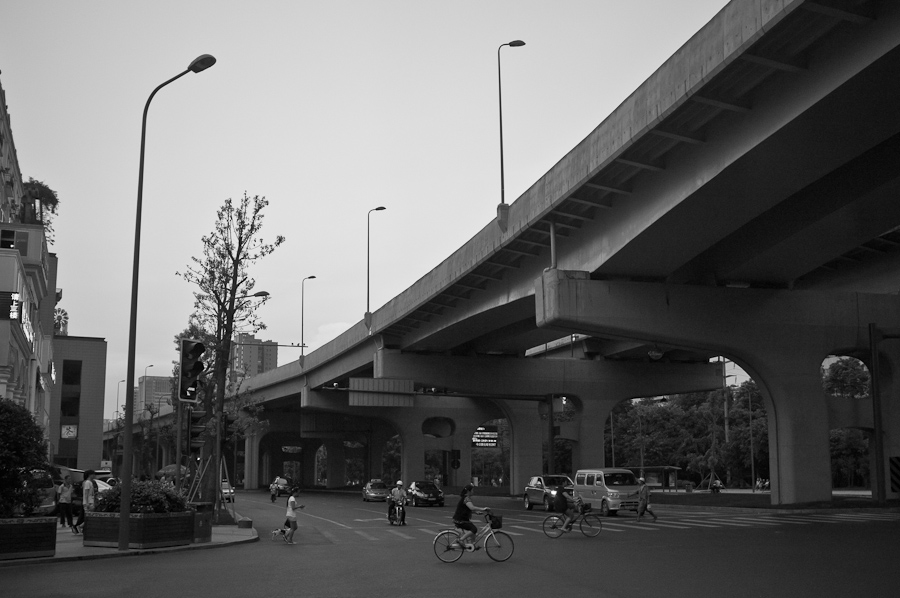 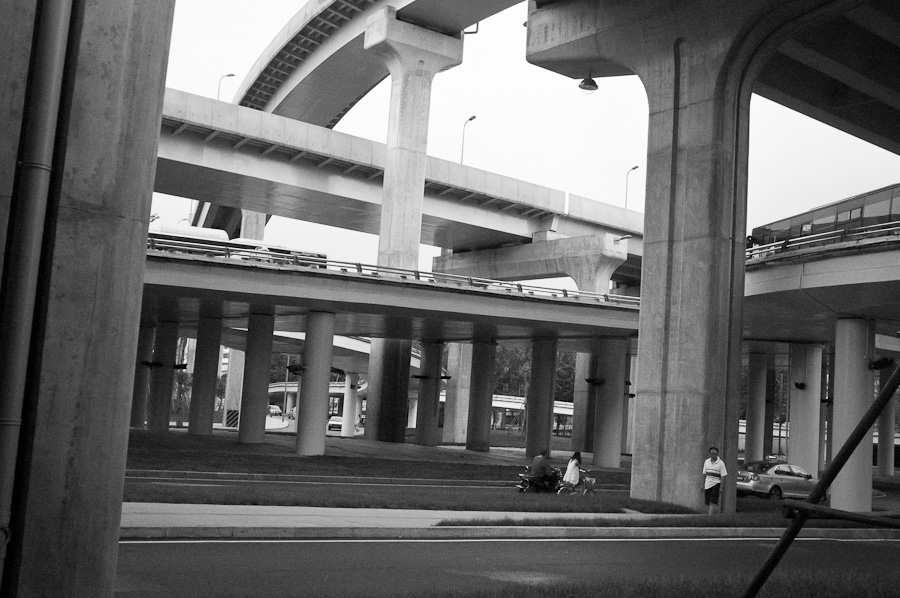