Thoughts on the Apple Watch

After a few weeks of deliberation, I bought an Apple Watch a month ago, which I have been wearing daily since then. The model which I got is the aluminum body 42mm Sport watch, with a black band. Some people have asked me about it, and these are my thoughts on the subject.

The biggest reason is for fitness.

About 18 months ago I got a Jawbone UP24, a fitness tracker that you wear on your wrist like a watch. I got it shortly after the Apple Watch unveiling, to decide whether fitness tracking would be worth my time.

It wasn’t only something that I stuck with for the duration that I used the Jawbone: it became a major impetus for being more active every day. When I started tracking cycling distances and steps per day, I noticed changes in my behavior. I took Uber less and cycled more. I walked up stairs instead of taking the elevator. Why? Because it became fun, like a game: achieve daily goals and beat my own records. This is the kind of behavior that fitness tracking devices are designed to elicit. And for me, it works. 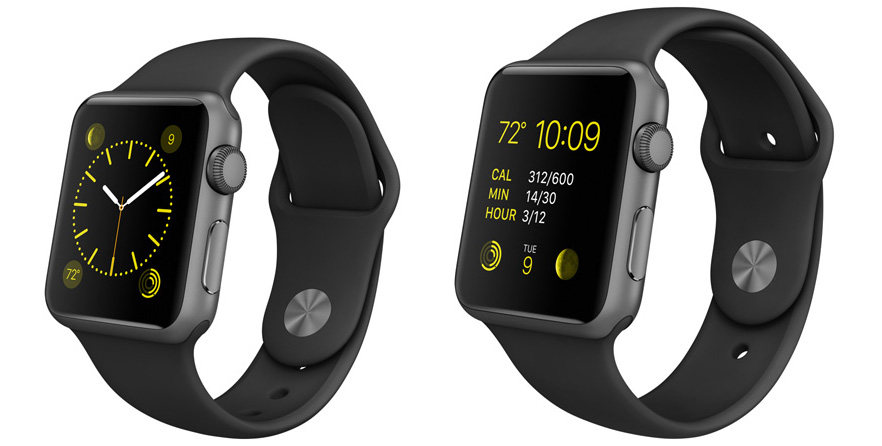 Suddenly and without warning, the Jawbone died. Immediately I went back to my old ways: taking Uber and elevators, oblivious of my goals set in the Jawbone app which I no longer opened. Although I no longer had a working device, I learned something useful: fitness tracking is worth my time. This is what motivated me to get the watch.

The Apple Watch is a fantastic fitness tracker. It records heartrate, active calories burned, steps, and much more. Working along with Apple’s Health app, it also shows steps climbed. It’s been interesting to observe how many steps I climb per day not taking elevators. Around 15 flights of stairs per day, since I live on the 6th floor and work on the 3rd. 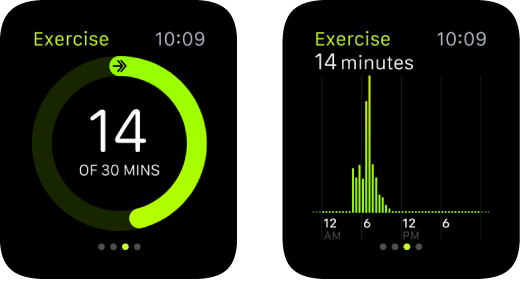 I use the Watch to track when I cycle anything further than 2km or so. Most of my bicycle trips are short jaunts, where the Apple Watch isn’t relevant. But it’s great to be able to see speed, distance, and heart rate by simply lifting my wrist while cycling.

Aside from fitness tracking and telling the time, Siri and timers are the most useful aspects of the watch. When I get home I immediately take my phone out of my pocket and put it on the table. The ringer is off, vibration is off, and if the phone receives a notification, call, or message, I’m alerted by the watch.

I set a lot of timers. With the watch and Siri, it takes about 3 seconds to set a timer or alarm. Lift my wrist and say “Set a timer for X minutes” and it’s done. The ability to do this in ~3 seconds makes using timers a lot more practical. Some things I set timers for:

What’s not great about the Watch

It doesn’t track sleep. I probably wouldn’t want to sleep while wearing this, or any watch, but it is a wonderful feature that the Jawbone offers. Instead I have gone back to using the Sleep Cycle app daily. It tracks sleep length and quality, albeit with less accuracy than the Jawbone.

It costs a lot. I don’t think the Apple Watch presents a great value proposition at the moment. I expect the price to drop significantly. The price will need to come down for it to see widespread adoption like the iPhone or iPad. For now it just doesn’t do enough to justify $500.

Apps are almost completely useless. The problem is that they’re too slow. This is because apps run on your iPhone and the watch merely acts as a conduit. According to Apple, this will be remedied with Watch OS2 which is coming out this week.

One of the best parts about Apple Watch: silence. You no longer have a phone that’s ringing. Ever. I even turn vibration off, so if my phone is on a table top, it never buzzes across the table.

Alerts like telephone calls or WeChat messages come to my attention via the “Taptic” engine in the Watch. It’s not vibration, it doesn’t shake. It feels like the watch is tapping on my wrist.

I have come to cherish this total silence. It is the smartphone becoming a lot less intrusive.

But now I have a new problem: what to do with my mechanical watch, which I paid a lot for and now never wear.