Transitioning from Music Hoarding to Streaming

While I was in Bangkok, iTunes 11 was released, over a month after it was originally scheduled for release. This was a highly anticipated update that dramatically updated the interface change to the program which I use to manage my multiple-hundred gigabyte music collection. Now it more closely mirrors the music player on iPhones and iPads. I updated to this version and it looks great (see the screenshot I took below) but I can’t help but think that we are all nearing the conclusion of our local music stockpiles.

Spotify on a 30-day Premium trial, which is ad-free. The service is outstanding but the ads drive me crazy.

A Lifetime of Collecting

Do you remember your first compact disc? I do. It was Flood, by They Might Be Giants, released in 1990 when I was 9 years old.

I grew up the son of an audiophile. My Dad collected vinyl, tapes, and then compact discs, and could speak for an hour about speaker amps. His stereo was a coveted and custom extension of his love of music. I ended up inheriting this attribute, and spent a decade collecting thousands of vinyl records before moving onto a digital collection in 2005. Seven years later and I have a collection that would take decades to fully absorb. But I think we’re reaching the end of this era of music, as our music collections are becoming fully decentralized.

Stream Every Song Ever Recorded 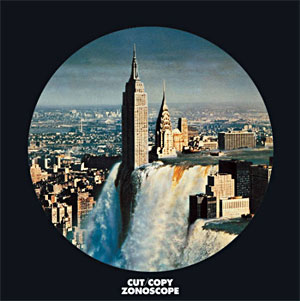 When Steve Jobs introduced the iPod, he boasted about the number of albums that you could store onto a handheld device. And it was stunning.

No more changing tapes or discs! As capacity increased, it became ordinary to walk around with more music in your pocket than someone 40 years ago would hear in their lifetime. But now we’re reaching the era where we can’t even be bothered with that, because virtually everything ever released is available within a moment using streaming services like Spotify and Pandora.

I visited a friend last week who recently switched to Spotify, opting to pay $16 a month to stream almost anything, anywhere. No more music collecting. “I don’t have interest in the hassle of collecting music, I just want to stream everything”, he says. And why wouldn’t you?

After spending so much of my life collecting music, it’s hard to imagine stopping completely. Even over the last year, my collection has been refined considerably, as I tag and organize everything for accessibility in DJ sets or sampling for music production. There isn’t currently anything like Spotify for DJ’s, but when that is realized, look out because then the end is really near. I can picture it now: it’s a vinyl control system like Serato Scratch Live or Traktor that charges a monthly licensing fee to stream any song and control it with a digital control record. There would be problems to solve (latency, internet accessibility, reliability) but these would be figured out before long.

We’re already said goodbye to collecting music in the form of physical media in many forms, now we collect it digitally. But when the advantages of collecting digital files and organizing them locally competes with an all-knowing, always-accessible cloud of every song ever recorded, it’s no-contest.