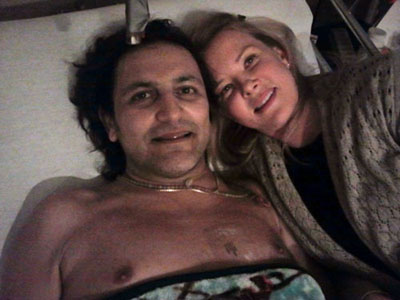 Steven and my sister, sent to me today

When I was a pre-teen, my sister, then in her early 20’s, befriended a man named Steven. He was a well-educated, upper class Persian orthodontist who always appeared to be living slightly on the edge. He smoked, he drank, he was merry. He had mirrors on his ceilings and two massage chairs in his bedroom. In his own way, he rebelled against many of the stiff conventions of being a white-collar Northern Virginian.

Steven opened and managed multiple dental practices in Northern Virginia, maintaining a stable of highly profitable patients who he treated and cared for over the course of many years. He was well dressed, raced around the DC suburbs in a Porsche, and and had a life of comfort and privilege. He was generous and down to earth, despite working for decades to build a professional empire which enabled him to retire at 40.

One year for my birthday he gave me a gift from Tiffany’s, which was below the office that I was working at at the time. No one had ever given me such an expensive gift and I was stunned by his generosity. Money is made to be spent, was his philosophy. He later spent it traveling around the world, living in Buenos Aires, Cartagena, and Los Angeles between gambling in Las Vegas every year.

On my 22nd birthday Steven and my sister took me out for dinner at The Cheesecake Factory in Arlington, Virginia. I had recently had my heart broken for the first time and didn’t want to leave my apartment, but they insisted that we go out. We started drinking immediately and Steven gave a commanding lesson on what it means to not give a fuck (which is a life philosophy that I later adopted). He ordered drink after drink and began getting increasingly rowdy. He’d tell stories with great enthusiasm, with arms waving and face animated. After spilling wine on his dress shirt, he took it off and laughed in non-compliance when a waitress told him he couldn’t do that. Steven doesn’t live by the social conventions that others do. In that way, he is free. 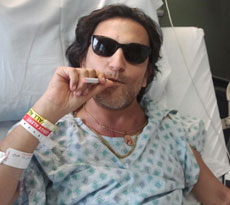 Over a year ago Steven was diagnosed with prostate cancer, and he’s gone to every possible length to fight it. He’s consulted with the best oncologists in the world, devoted himself to researching his condition, and has taken every action he could to slow or stop metastasis. His body is visibly breaking down, but his defiant character remains.

Steven will always be an inspiration to me. To work hard to achieve great things, to stay true to myself and others dear to me, to not take life too seriously. And most importantly, to remember that the body dies but the spirit never does unless you allow it to. Never allow it to.