[dropcap]F[/dropcap]or the last few months I’ve been working on a new project for the summer: renting a country house on the outskirts of Chengdu, in a rural area affectionately called Flower Town in English. The house had been rented for over a year by my friend Hise, the Dutch owner of the Machu Picchu bar in Yulin, who expanded to Flower Town but decided to back out when business wasn’t booming. We assembled a group of friends to pitch in and rent the house for the summer, and we hosted out first house party there on Monday, the first day of the 3-day national holiday in China. 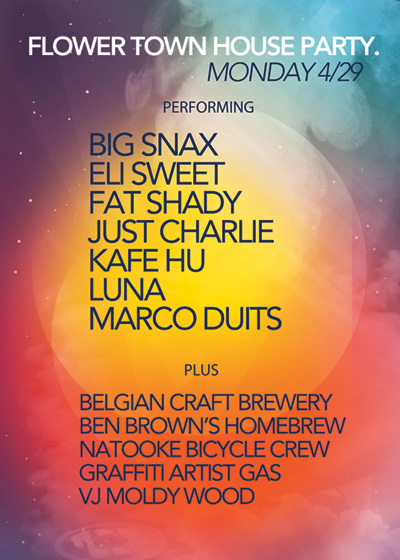 And what a house party it was. At the party we had:

The only other time in my life I’ve seen a house party on that scale was the house that we called “Triangle”, in Quantico, Virginia. A group of ravers had rented out this enormous house in the middle of nowhere, and assembled the largest house parties I had ever seen. Tons of DJ’s, 500+ people, and just total mayhem. There would be hundreds of cars parked near the house. This was on that level, but in China. Absolutely insane. Miraculously, no one was injured and nothing in the house was broken.

After the party concluded, we stayed at the house for the following 2 days and it was beautiful. The sun shone, the birds chirped, and we didn’t hear a single car horn. It’s a wonderful departure and much needed break from Chengdu.

The name that we’re calling the house is The Dojo. I look forward to spending more time there this summer. And, of course, for the next big event which is on Saturday, May 25th.