Switching from iOS to Android

Update: I’ve posted a year-after thoughts post looking back on this comparison.

It’s been exactly ten years since I’ve been in the Apple ecosystem. And by that I mean, that was when I first got a 13″ MacBook Pro. Immediately I was struck both by how well made the device was from an industrial design perspective, and how simple and functional the operating system was (MacOS, which was then still known as OSX).

Since getting that original device, I branched into every other area that Apple is: I’ve had multiple iPhones, iPads, and even the Apple Watch. However, in recent years I notice something happening: I’m drifting outside of what I’d consider Apple’s target audience to be. I’m not a luxury customer, I’m looking for function, utility and practicality. As Apple devices have been becoming increasingly expensive, restricted, and compromise-laden, I find myself looking at alternatives.

Recently, I switched from iOS to Android when I replaced my iPhone 6S Plus with a OnePlus 6T. I knew this would be a big transition, but I didn’t think it would turn out quite like this. Here’s what I’ve noticed switching from iOS to Android. 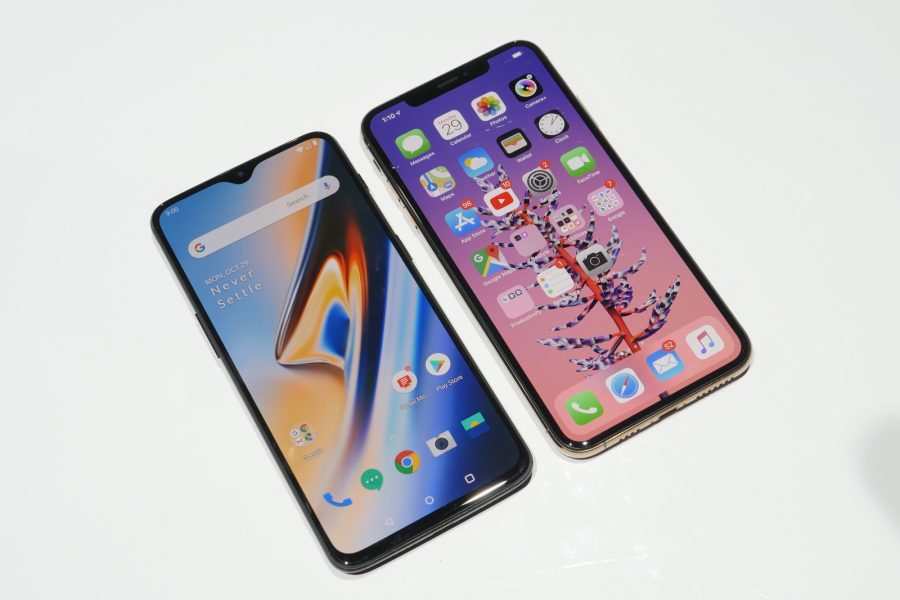 The build quality of the iPhone is impeccable. It feels like a gem in your hand, especially without a case. In comparison, most Android phones do not feel like they are nearly as well made. They do not feel like gems. After a lot of research, I settled on the OnePlus 6T, which is considered one of the best phones of the year by many (here’s one review and another). The phone feels great, but it’s not quite up to the iPhone level.

The camera on the OnePlus is great, and blows away what you find on the iPhone 6S. When compared to the iPhone X or XS, I’d say that OnePlus photos look a bit over processed. The resolution is great, and the phone has two sensors, one wide and one telephoto. There is a night mode feature which is exclusive to Android, and in total darkness it produces remarkably well lit photographs. It is a novelty, but nice to have. Android has a portrait mode like iOS, but it is vastly superior on iPhone.

Apple’s whole thing is austere simplicity. Most actions are intuitive, accessible, and smooth as butter, even if sometimes you’re forced to embrace a roundabout workflow. For many power users with specific requirements, iOS leaves a lot to be desired because it’s so locked down. This is a big part of the Apple philosophy: don’t let users tamper and ruin things. Android by Google takes a different approach: it’s up to users to control their own experience. For me at this point, that is a refreshing change of perspective.

You’ll spend a lot of time tinkering with Android to get it to perform the way you want. But once you complete that, it’s more like a made-to-spec experience than Apple could ever deliver. I might not recommend Android to my family members because with this much freedom, it’s easy to mess things up or run into problems. There is much less consistency with Android. But the freedom to load custom launchers, icon packs, widgets and more, is nothing like iOS. The ability to create shortcuts for useful tasks is incredible. For example, when I hit the power button twice, the camera opens immediately. Or if I draw a circle on the locked screen, the flashlight turns on. Being able to do things like this is a different paradigm. Android offers an unparalleled sense of freedom at the cost of not being quite as polished and smooth as iOS, but very close.

The biggest thing keeping most people in one ecosystem or another is ownership and familiar with apps. If you use an iPhone you’re used to Messages, iCloud, and the App Store, aside from the dozens or hundreds of apps that you’ve purchased. Once you leave that ecosystem, those apps are no longer accessible and you’re tasked with finding a new set of apps which can be bothersome and time consuming.

What I found is that the apps which I use most frequently are multi-platform and don’t really differ much at all. Apps like Todoist, Evernote, WeChat, Spendee, Strava. All of these apps are essentially the same on Android or iOS. Instead of browsing the App Store, you get apps from Google Play. The quality of apps is roughly the same, but the curation is miles better on the App Store. I found myself often browsing the new App Store homepage just to see what Apple staff had featured that day, and even made purchases based on their recommendations. I basically never felt burned because the apps they chose to highlight always met such a high standard. That’s not the case with Google Play, which feels more like a store that runs on autopilot than one curated by people with good taste.

One big benefit of Android is that you can load apps which aren’t on the App Store at all (this is called side-loading in Android nomenclature). This came in handy when installing apps which weren’t available in Google Play, especially Chinese apps and some games which aren’t distributed on Google Play. There is an ocean of apps available for Google Play, from a variety of sources. With iPhone you are getting everything from the App Store.

Both phones have a notch, it is the hallmark of 2018 smartphone design. And while I’d rather there be no notch at all (and I don’t love the wacky solutions being offered by Xiaomi and Oppo), the OnePlus notch is much better than the iPhone XS. It’s not only less than half the size, but it’s a shape that blends into the phone itself in a more natural way. Dubbed by reviewers the “Teardrop notch”. I expect the notch to be gone by the time the OnePlus 7T is released, late 2019 or early 2020.

This was probably the biggest factor which pushed me away from upgrading to the new iPhone. The price of modern iPhones feels like extortion. The OnePlus which I bought costed $550, and for that I got a phone with 8gb of RAM and 128gb flash memory. That’s instead of the iPhone XS Max, which includes half as much RAM (4gb), half as much memory (64gb), and costs $1,100. I mention the Max here and not the standard iPhone XS because this is closer to what the OnePlus 6T is, with a 6.4″ AMOLED display (the iPhone uses OLED technology which is similar).

Aside from the huge upfront cost, the accessories market is much cheaper on Android. A cable replacement is now $2 instead of $30.

Android feels like where I need to be right now. Shortly after I made this decision, it was revealed that Apple is going through some tough times. Apple has announced an expected drop in revenue which led to their stock getting hammered, resulting in the company now being the world’s 4th most valuable company, down from the top spot. This is justified. Apple deserves some pain for the poor decisions they’ve made in recent years. It has let to me not only wanting to move away from iOS, but also away from the Mac platform as new MacBook Pros come with so many obvious compromises (bad keyboard, not enough ports, and too high a price – enough for a separate post). Hopefully Apple will right the ship. In the meantime, I’ll be on Android.

If you’re looking to replace an iPhone with an alternative that you might not be so sure about, I hope I have given you some food for thought.