Yesterday The Hague released its ruling on China’s questionable claim to the South China Sea, and as expected, it was not in China’s favor. Also as expected this has resulted in shrill cries of victimization from China, depicting itself as the target of bullying by the United States and Japan.

Below an example – a comic which I came across today. The original version in Chinese is on the right and a version which I translated is on the left: 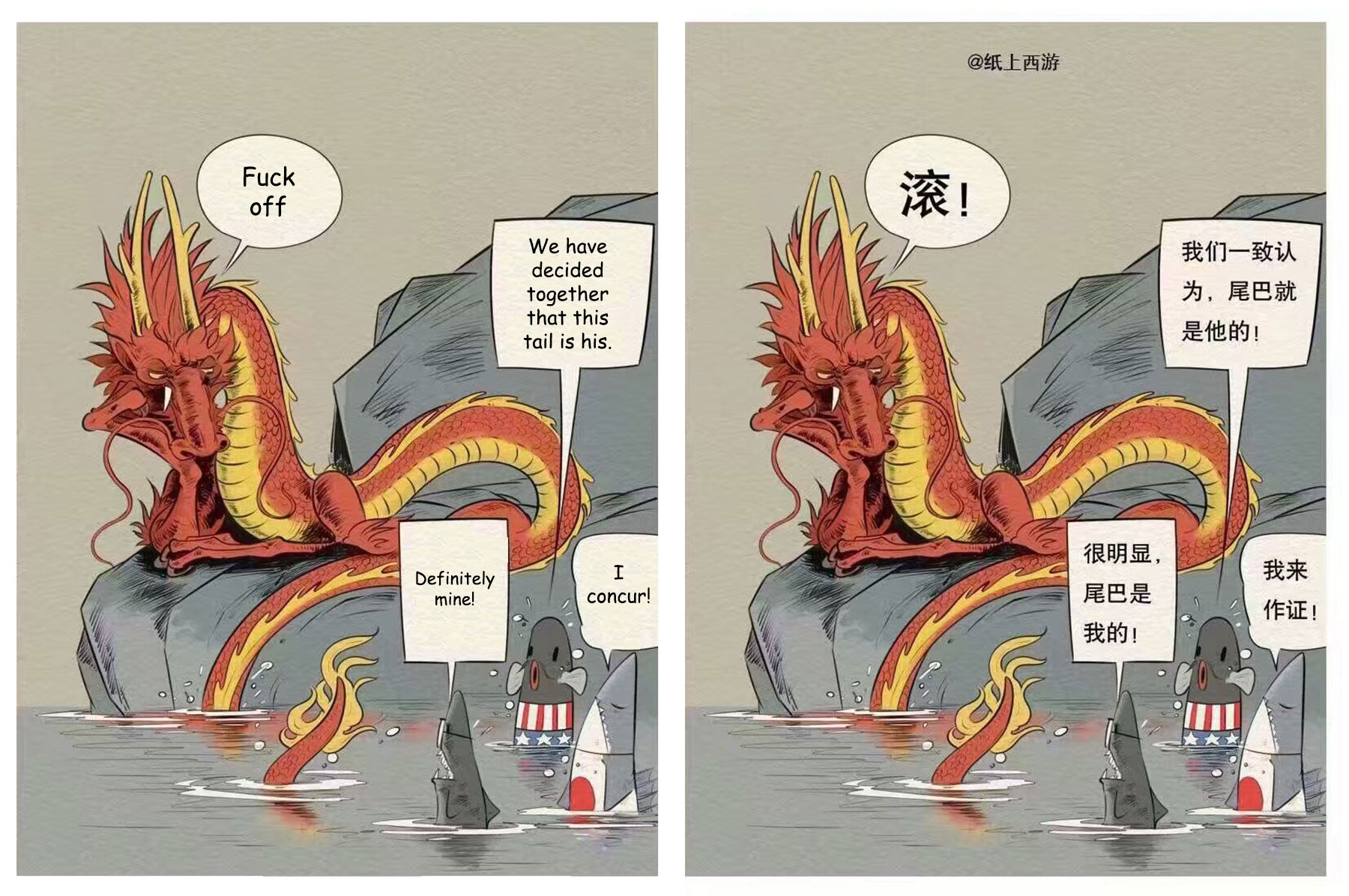 The South China Sea debate is leading to a lot of expat discomfort, as China predictably pulls nationalist strings to promote the “East versus West” narrative. It is not good for anyone but on this particular issue, neither side can step down.

This is a good overview of the current situation: No Stepping Back by Wu’er Kaiti.