I DJ’d at the “Sheng Qi” (??) event last night, which was a milestone for Chengdu’s growing hip hop subculture. This event was months in the making and was the meeting of two crews: the Jingqi Shen crew which has members from all around the country (Guangzhou, Beijing, Chengdu, Kunming) and the “CDC” (ChengDu City) rap crew. In total, over 10+ rappers and two DJs. 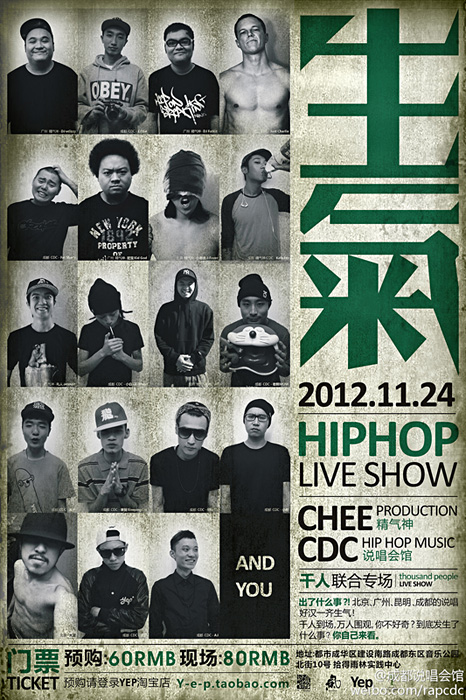 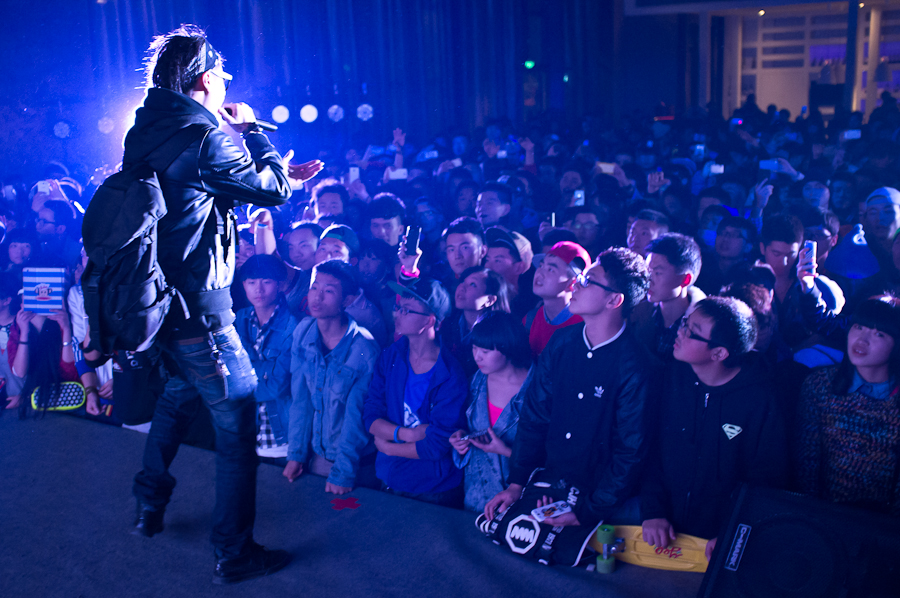 Big Ty. Every time I see this guys name I think of my cousin, whose legal name is Ty. 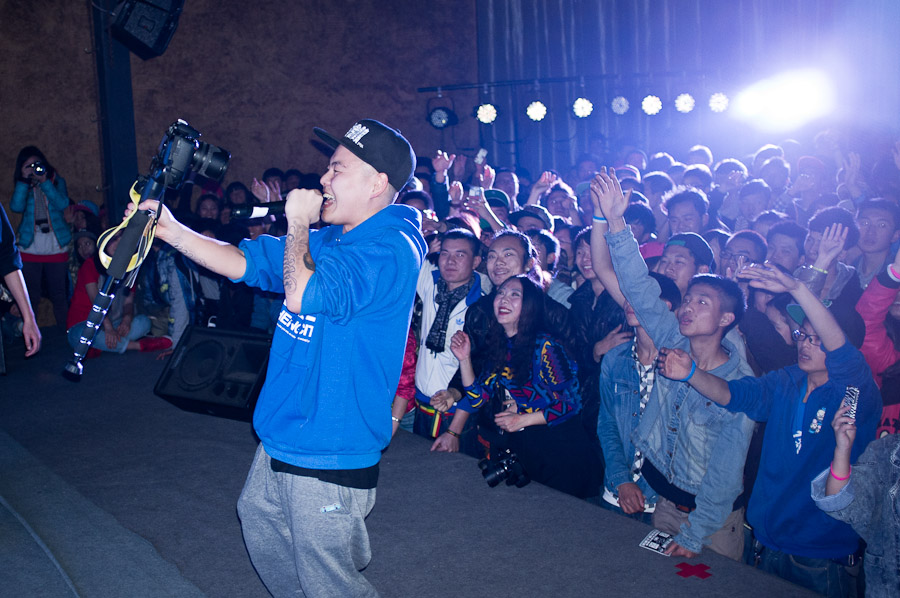 “Fat Shady” sounds kind of silly, but he is perhaps the most skilled and popular in CDC 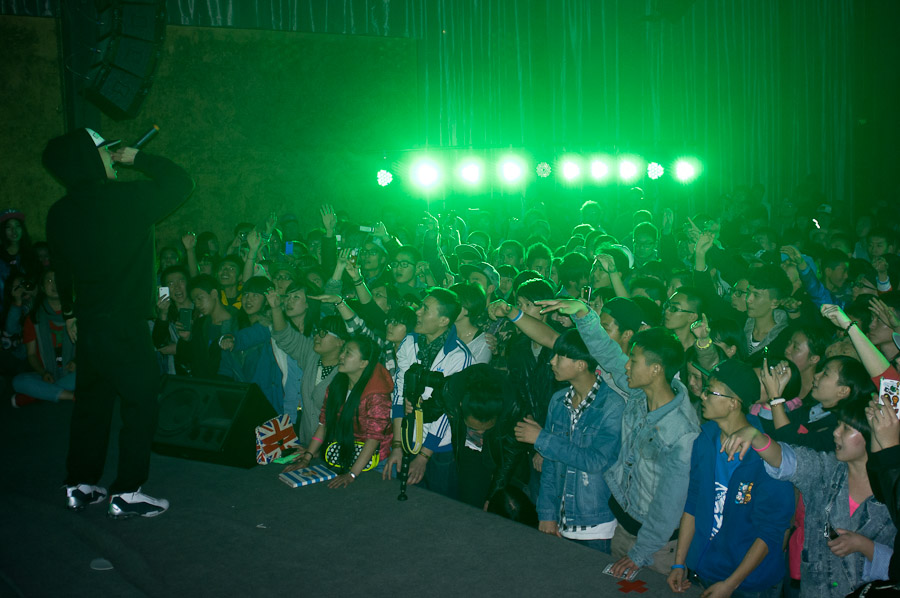 “Sleepycat” – a local Sichuanese rapper who has improved a lot 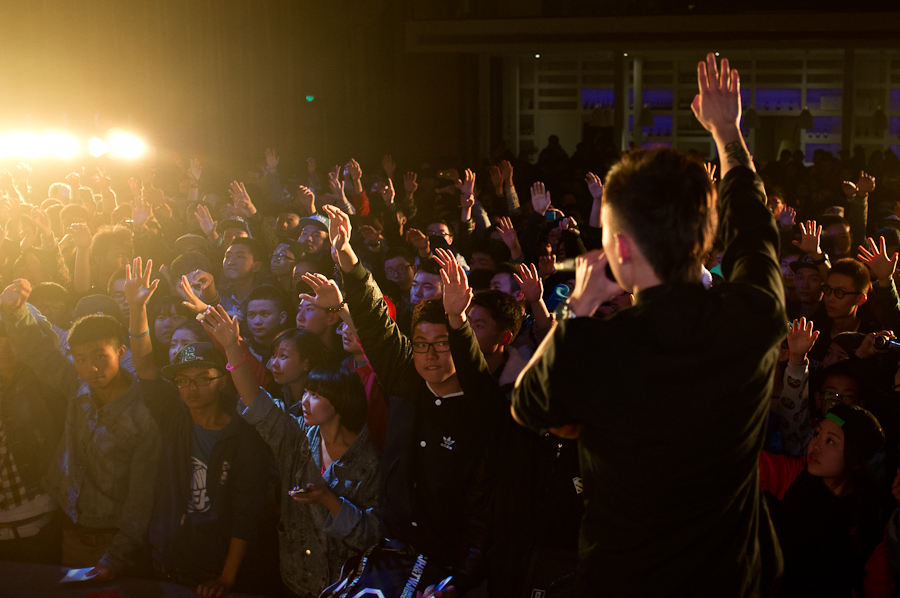 Ansr-J, aka AJ, is a young and popular local rapper who is influenced by Far East Movement and dance-y hip hop in general 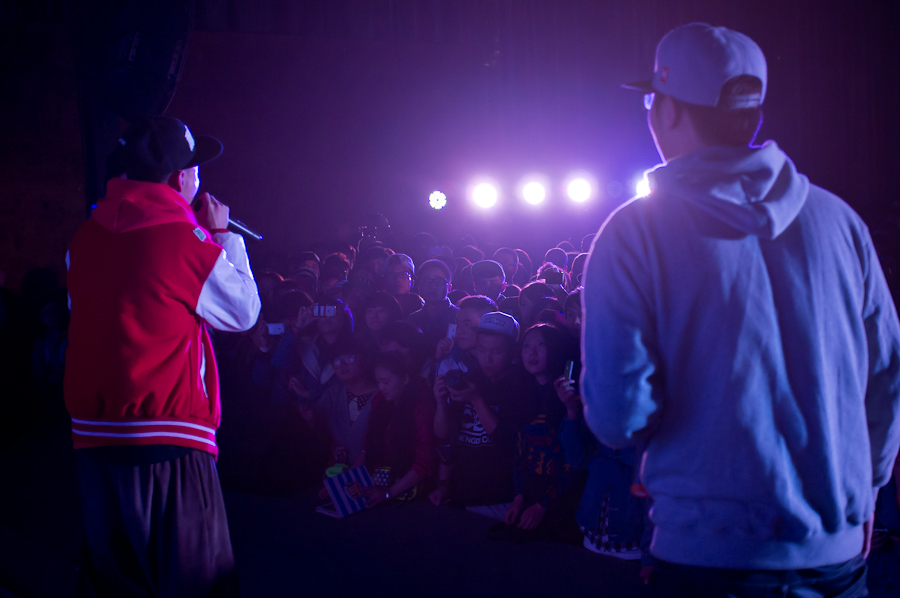 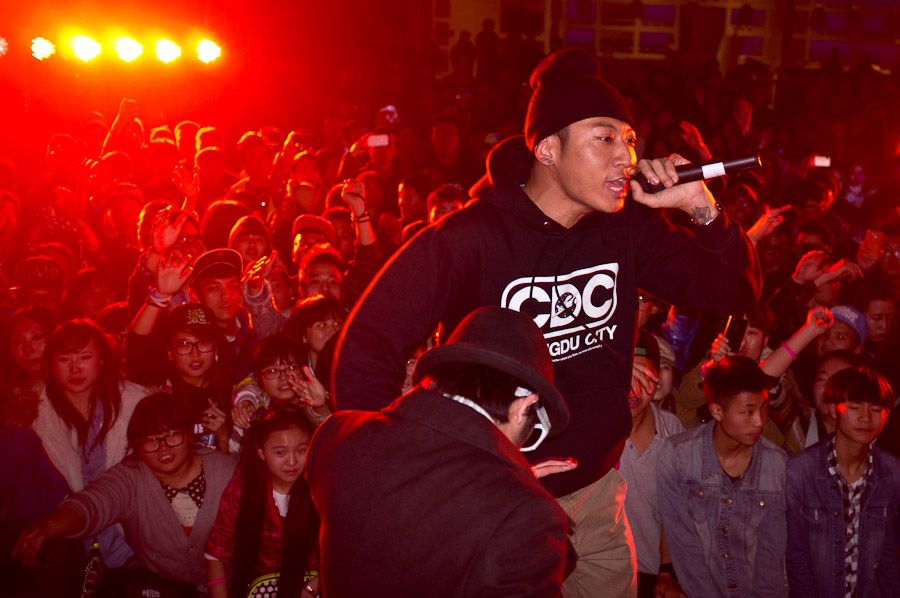 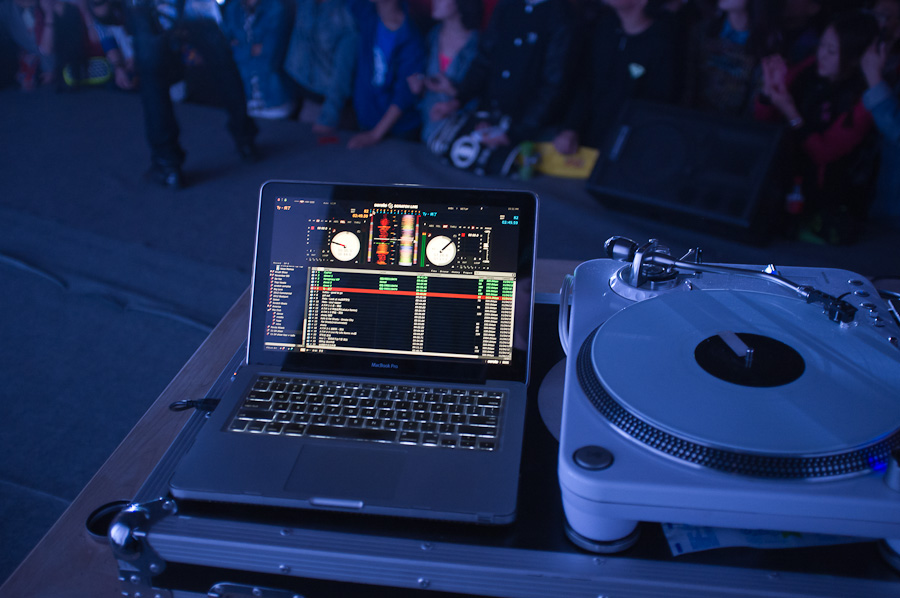 We got equipment from Beat Base nearby. A “ReLoop” mixer and turntable. 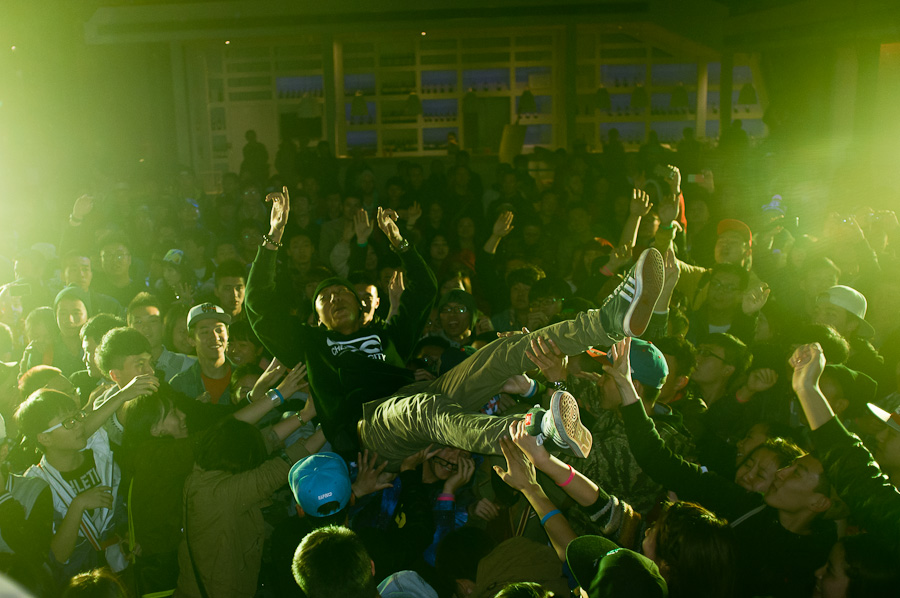 Kafei crowd-surfed for his first time as the crowd was going nuts. After the show he was surrounded by 17-21 year old girls.