Something I have long wanted to try is sensory deprivation inside an isolation tank. I was finally able to do that in Oakland, California. If you haven’t heard of this, it’s where you float undisturbed in a lightless, soundless tank of water at skin temperature. The practice was invented by neuroscientist and psychonaut John C. Lilly in the 1950’s to isolate the brain from external stimulation. And without any stimuli, your mind goes interesting places.

I originally got turned onto this idea by listening to Joe Rogan talk about the experience at great length on episode #40 of his podcast The Joe Rogan Experience. The video below explains it well:

After finding the location – Oakland Floats – on Yelp, Kensho and myself booked an appointment and checked it out. The cost was $98 for both of us, each in our own tank, for 90 minutes. Upon arriving at the location we were given instructions and then led into the two rooms with the tanks in them, which when opened, looked like this: 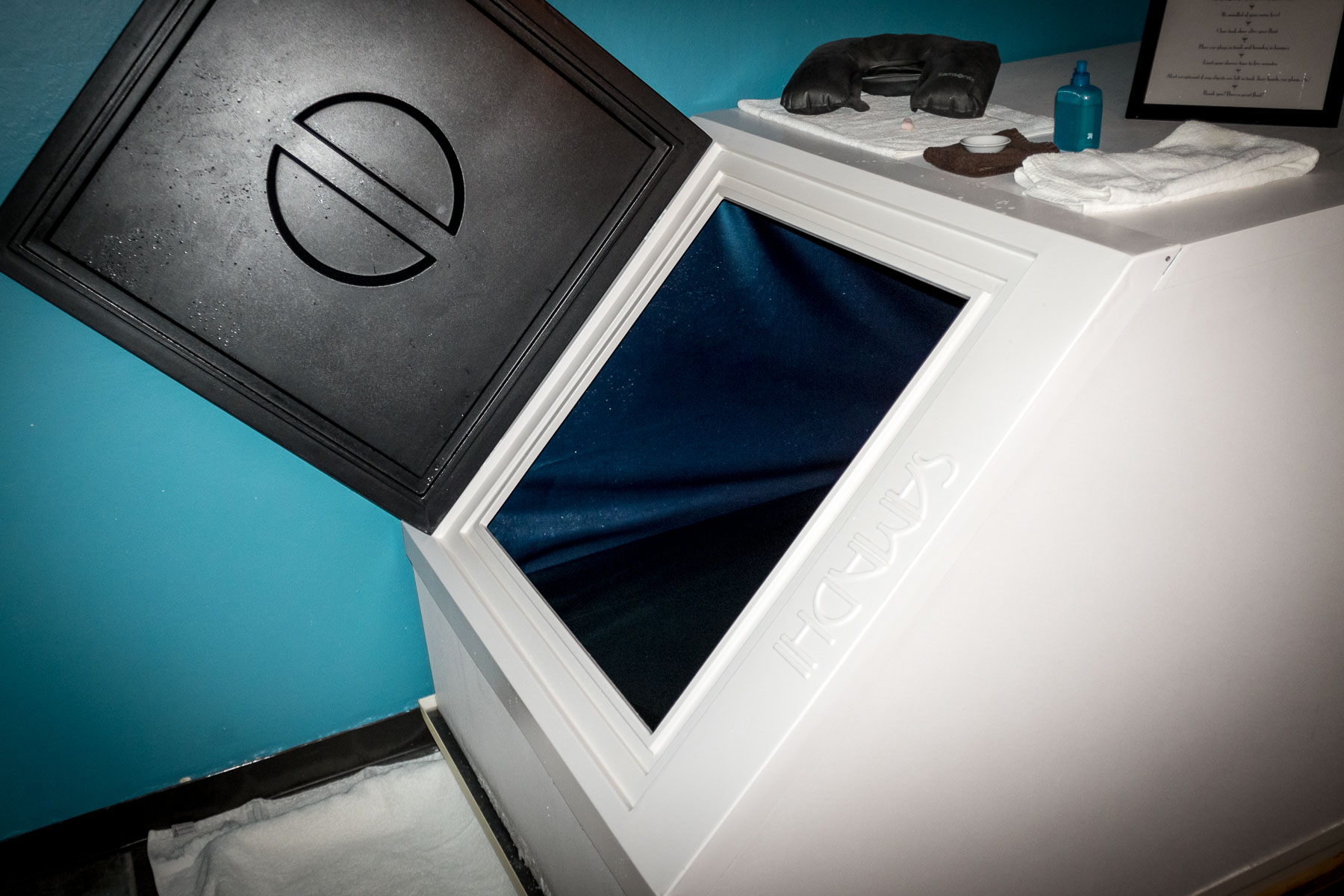 The tank itself is large and intimidating. To me it looked like a retro futurist coffin, or some kind of bomb shelter, with a large door attached. After showering, you disrobe and step inside the tank, and shut the door behind you. You have ear plugs but are otherwise naked.

Inside the tank is water at skin temperature with 800 lbs of salt in it, which means you are incredibly buoyant. You float in the water and feel nothing, hear nothing, and see nothing for the duration. It is not like anything I’ve ever felt before, but it’s what I imagine being in the womb to be like for infants. There is no other time in our lives when our brain is disconnected from external stimuli, and this type of therapy is known to have hallucinogenic effects, although I did not experience much of that. My understanding is that longer floats, and repeat visits, contribute to developing the skill required to go deeper into your own psychology (described in the video above as layers of the onion).

What I did experience was a spinning and floating effect, like I was floating in space. I repeatedly felt that I was turning along multiple axes while in the tank, thinking that I would at any moment be bumping the edges of the tank, but it never happened. It is a sensation of physical freedom which is difficult to describe, but what I imagine a lack of gravity feeling like.

Inside the tank you lose all sense of time and place. I didn’t know if I’d been in the tank for 5 minutes or 40. It was freeing and dissociative, lending to an out of body impression. Eventually you do not feel your body, or anything.

Before I left the room I took some photos. About a third of the room was separated by a divider, which concealed a tubing system which regulated water temperature and chemistry: 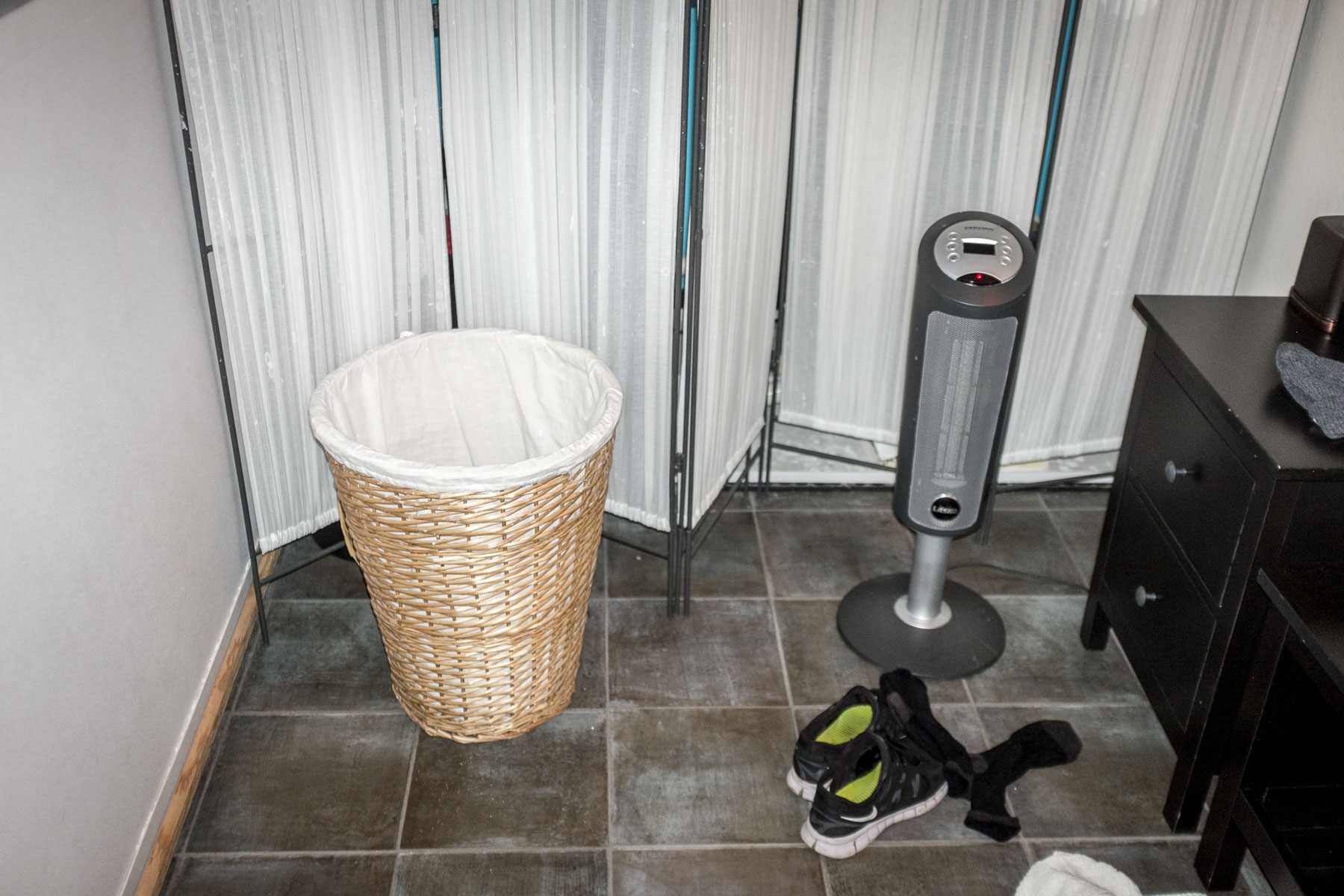 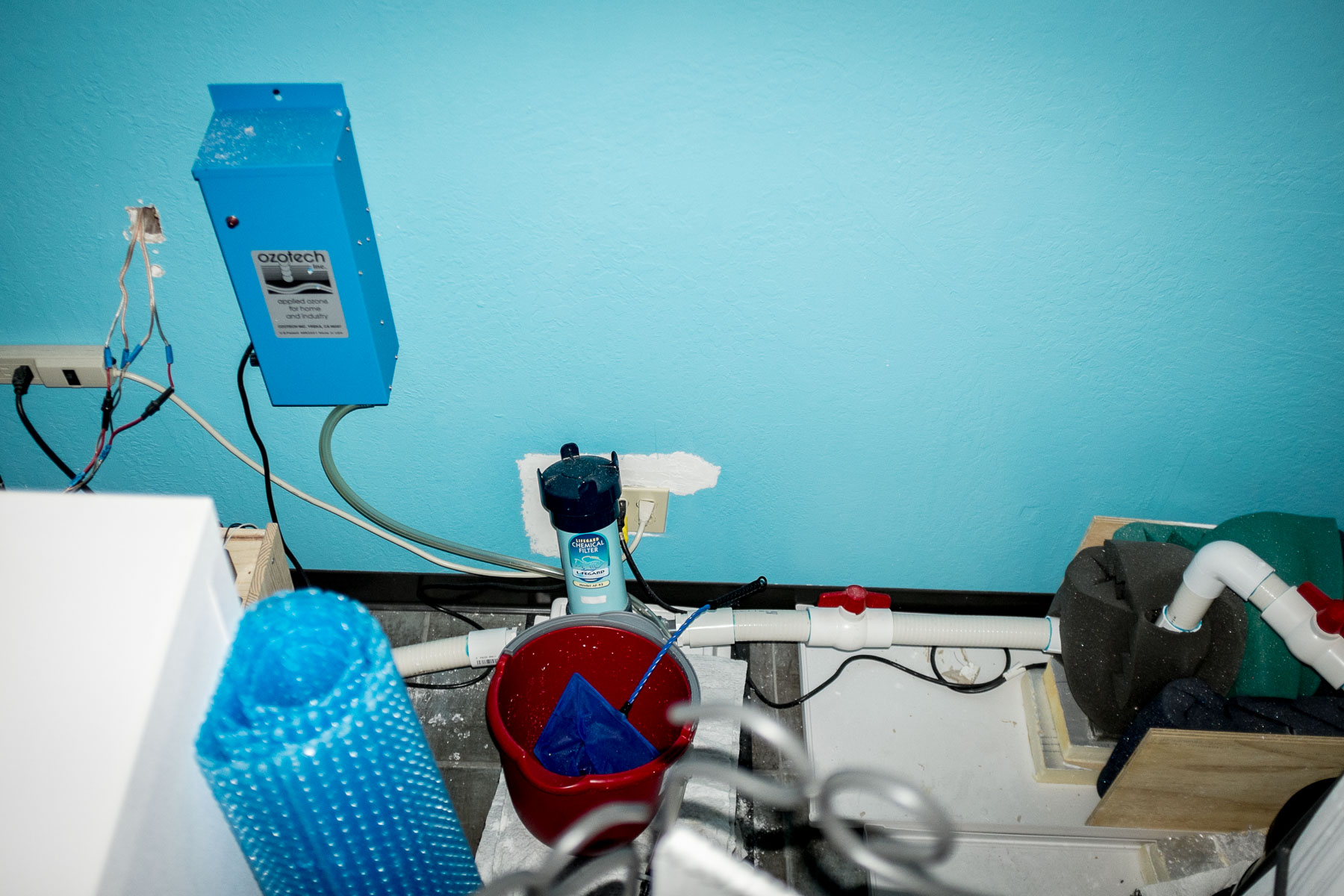 I also took a photo with the flash on my camera of the inside of the tank. When lying in the tank it is completely dark, but the operator told me that there are buttons on the side to toggle a light inside the tank, which I did not use. When your time is up, music gently begins to play through the water. 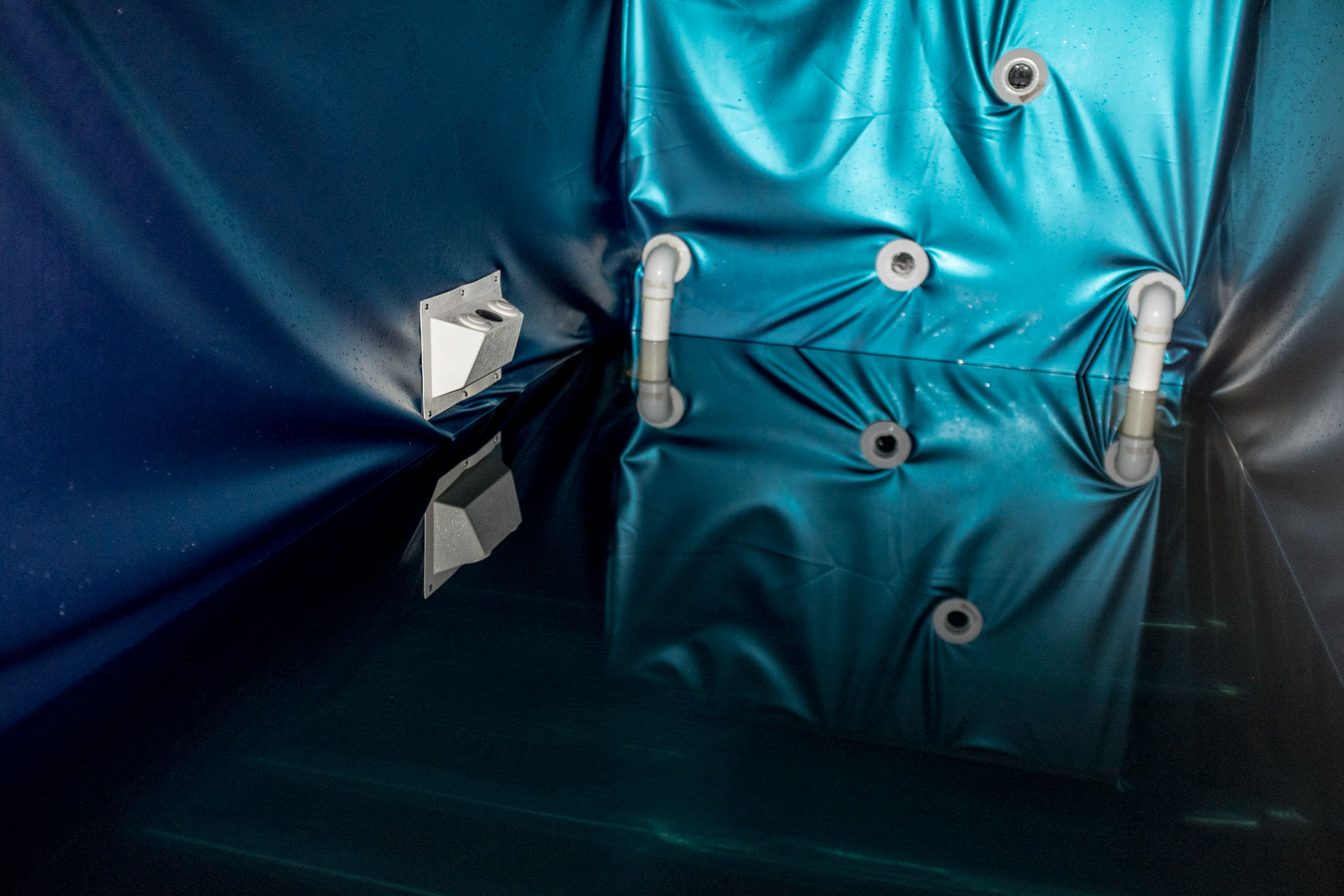 I am certain that this is something I will do again. And next time, the duration will be longer than 90 minutes.

Leaving the facility and asking Kensho what he thought about his experience in the tank: “So this is what white people spend their money on?”

Sensory deprivation tanks aren’t for everyone.