Running for One Month

A few years ago I saw a TED talk by Google engineer Matt Cutts about trying something new for 30 days. The idea stuck with me for a while and I tried some new things, some of which became long term habits (like taking the stairs instead of the elevator, which I’ve been doing for about four months). Over time, I stopped. I was recently reintroduced to the idea and decided to start again with something difficult for me: running.

I have not run on a regular basis since I was in P.E. class in grade school. At the time we were training to run up to a few miles at once and I remember the experience being difficult, painful and something which I hated. This was certainly affected by having a heart condition as a child (pulmonary stenosis) which caused rapid exhaustion. It was cured through an experimental procedure in childhood and hasn’t affected me for decades, but memories of being painfully short of breath have stayed with me. So I thought that a good thing to start with would be running for a month.

My gym routine for the last several years has been 3x a week: Monday, Wednesday and Friday. I swapped those for running sessions, and ran on most Tuesdays and Thursdays as well. Unfortunately, there were a number of days where the pollution in Chengdu was too high to be running (I consider anything over an AQI of 150 to be too high), so on those days I didn’t run at all.

Through this new experience I learned a few interesting things about running and about myself.

The first day of running was painful and difficult, as I remembered it. As I continued through that the pain and difficulty became manageable. Within a week, I expected the pain and difficulty and it didn’t bother me. After that, I almost looked forward to it, to see how far I could go. On several occasions I told myself that I would run without stopping for 10 minutes, but at the 10 minute mark, I didn’t feel like stopping, so I continued. As I have learned through weight training, the first ceilings of physical performance are psychological, not physical. 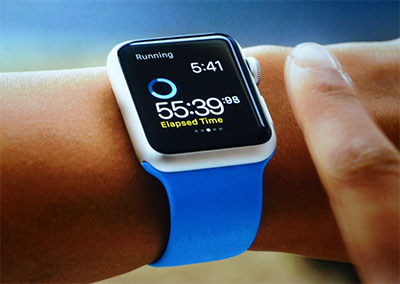 I used an app to track all of my running sessions (which were on a treadmill) and collected data like distance run and average time per mile. Having access to this data and seeing what distance I was covering at what speed was crucial to cultivating motivation to advance. Apple Watch was particularly handy at this, being able to lift my wrist while running to see time, distance run, and even heart rate. This, along with cycling, have been two of the chief Wow moments I’ve had with Apple Watch.

Lesson #3. It helps to start with a guide.

I don’t know anyone in Chengdu who runs on a regular basis, so I downloaded an app to do this. The app is called Zombies, Run and has an interesting mechanic. In the game you are a “runner” who collects and transports goods in a post-apocalyptic zombie scenario. The app tracks every step you take and rewards you for achieving goals like running a certain distance or beating your previous time. As you play, you wear earbuds through which characters in the game interact with you by describing the zombies who are chasing you, the sites you are running for, and the objectives you are achieving. It was a great crutch at the beginning, but by the end of the month I felt done with the narrative component and just wanted to run while listening to music or podcasts. 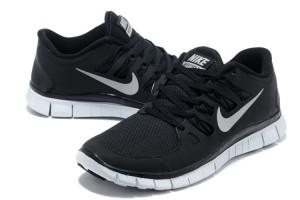 Covering a long distance over a month, which for me is 30 miles or more, is greatly benefitted by having shoes purpose-built for running. I figured this out after just a few days of this routine. I ran in Nike Free Run 4.0 shoes, they are light and comfortable. Before that I was running in lesser running shoes and experienced discomfort in my right heel.

Over the course of the month, I fell just short of my 30 mile goal and ran 27.3 miles, with an average run of 2.8 miles. Toward the end of the month, I was shooting for 3 miles in each session, which came in around 28 minutes, or around 9:20 per mile.

Through this month I’ve learned that for me, running is no replacement for weight lifting. I prefer lifting weights. However, I have a newfound appreciation for running and plan to continue on the days that I’m not lifting weights. I’m glad I did this.