After spending two months outside of China, I returned on January 22nd. The day before I boarded my flight from SFO to Chengdu I got a message from my girlfriend instructing me to buy an N95 mask and wear it when I disembarked the plane. Because of this virus, I thought? That sounds extreme. I bought two N95 masks anyway at a CVS in Oakland and wore one when I exited the plane in Chengdu airport. Aside from customs officials, I was the only person wearing a mask. Four days later, when I left Chengdu, every single person in the airport was wearing masks.

My four days in Chengdu were not pleasant. Although I had returned home and could see my girlfriend whom I missed, there was an escalating sense of dread which permeated the city and my mind. As information came in, is was becoming clear that this virus was the real deal, and potentially a global threat. The biggest turning point was when the city of Wuhan was quarantined, and then the entire province of Hubei. I remember Hika telling me the news in bed, as I had just woken up. There was a palpable sense of fear in her voice, and in hindsight that was the moment where I realized how serious the situation was.

After three days of being essentially locked inside, we decided to leave. Reviewing the options, we booked a flight the next morning at 6am to Phnom Penh, Cambodia. We booked one way flights, not knowing what would happen the next day, where we’d go, or when we’d be back. We spent 18 days together in Cambodia, going from Phnom Penh to Kampot, to Kep, to the Koh Rong island chain, and then back to Phnom Penh. In the end, she returned to China out of commitment to work obligations and I’m staying on in Cambodia for now.

I don’t know when I’ll go back to China, and I don’t know where I’ll be next week. For now I’m in a safe, inexpensive place which I enjoy. My sister is in Hue, Vietnam and I intend to rendez vous with her. I have friends scattered around Cambodia and Thailand. If there’s a silver lining to being a pandemic refugee, it’s that SE Asia is an opportune region to flee from China.

I follow the news about the virus closely, looking for signs that danger could befall the people I care about in China, or could encroach towards myself. I don’t want to return to the United States, but some have advised that I do that. For now I’ll stay where I am.

The circumstances are rapidly deteriorating in Chengdu and all across China. New restrictions are introduced daily, and life is getting very difficult. In my four days there what I noticed was that basic needs are met: shelter, food, water. But the mental hardship of being locked inside while a virus ravages a country outside your door is underappreciated. It is mentally distressing and hard to describe. I spent almost all day reading news about the virus and it consumed my thought process.

Upon leaving China, I felt an immediate sense of relief. The sun was shining, the wind was blowing, and people weren’t wearing masks. It was as if a weight had been lifted off my shoulders. I’m hoping that I can return to my home in Chengdu soon, but it’s looking like that might not be soon. I’ll make the most of my time as a pandemic refugee.

Here’s a photo from the airplane leaving Chengdu, at dawn on January 26th: 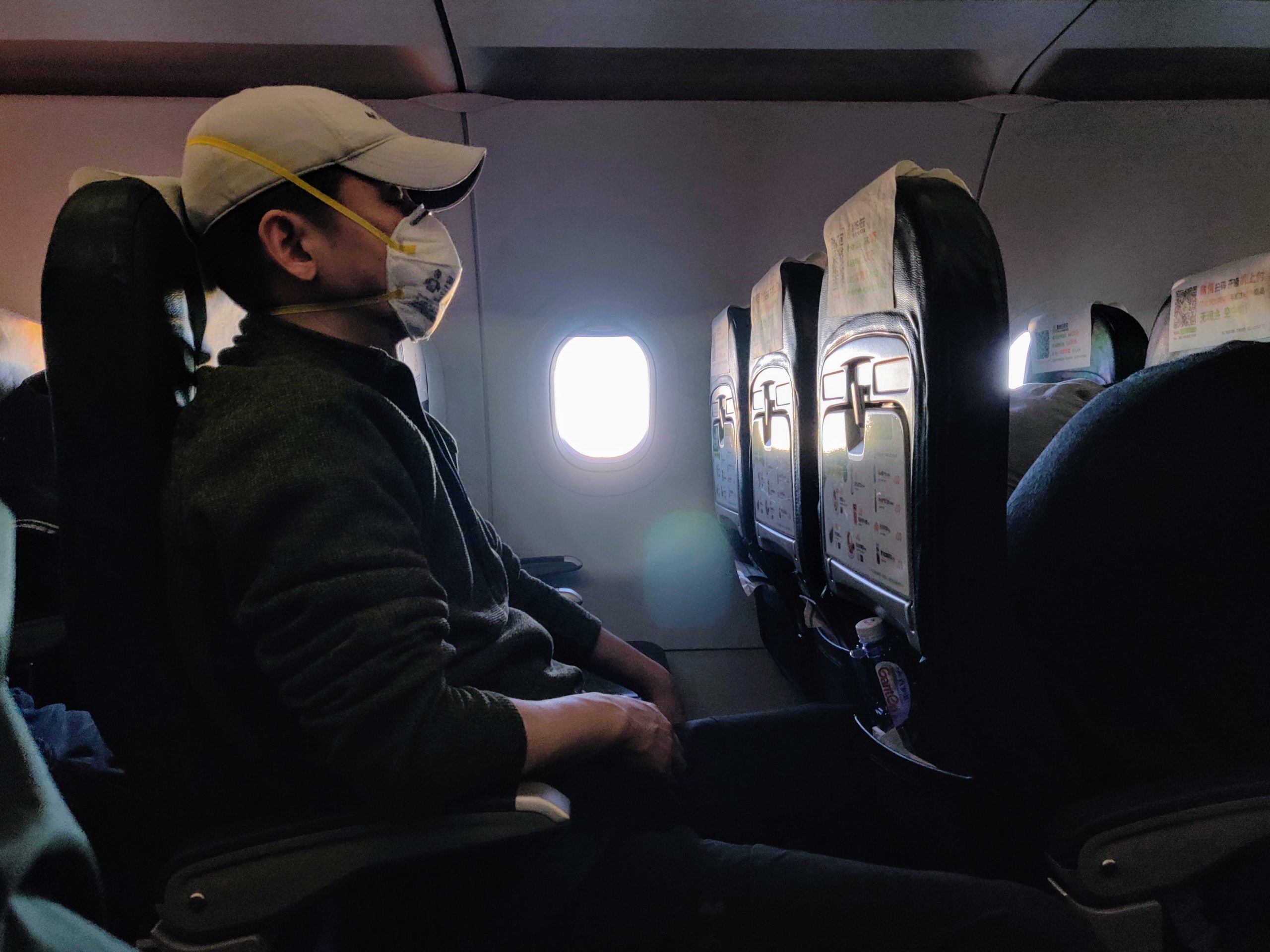