The Cat, the Mouse, and Outline VPN 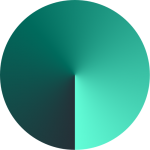 For any expat living in China, a VPN is basically a necessity. Without one, you can only access a heavily restricted form of the internet in China. And by heavily restricted I mean an internet which wouldn’t even feel like the internet at all to someone unfamiliar with Chinese websites. I’m talking about an internet without Google, Gmail, Facebook, Youtube, Instagram, Twitter, Reddit, WSJ, NYT, BBC, and hundreds of others. Instead, you have access to a bunch of Chinese alternatives to each of the sites above, most of which are laughably inferior. So if you are in China, you will need a VPN to access what we know as the internet.

Note: in case you are unfamiliar, VPN is an initialization which stands for Virtual Private Network, which is a method of encrypting (securing) your internet traffic which is commonly used to access blocked internet resources.

Since China started the practice of widespread internet blocking over a decade ago, commercial VPN services have become popular and mainstream within China’s international community. Many of the most popular of these have been effectively targeting users in China for a decade, engaged in a constant cat and mouse game with Chinese internet authorities. Chinese internet police search for, identify, and block VPN servers, which hampers the service that VPN providers provide for their customers and in response, VPN providers create new servers, propagate them to customers, and the cycle repeats. It’s not just a back and forth between humans creating and blocking servers, but it’s also a technological arms race between technologists creating new and more difficult to suppress implements of internet freedom, and 21st century Communist authoritarians developing newer and better blocking technology. Here’s an article which goes into greater detail on the specifics of this culture of sparring over access to online content: VPN in China: The Ultimate Cat-and-mouse Game.

For years I (and many others) have known that creating your own VPN is the best solution, given that you have the technical means. However, thanks to recent developments, technical acumen in the creation and management of servers is barely even needed now. The most notable development in recent years, which is the impetus for me writing on this topic, is a Google initiative called Outline.

Outline is a free and open-source tool which deploys a specific type of VPN service (called Shadowsocks) directly onto a cloud server account of your choosing. Side note: Shadowsocks is not technically a VPN, but the difference is insignificant, as it is functionally equivalent for our purposes. This means that instead of having to configure a server on your own, Outline takes any server which you provide and completes the entire process automatically and is functional within minutes. You can do this through a command line in terminal or using a simple free app which you can download and click through in about two minutes.

The ease of implementing this is unlike any other VPN service I’ve ever seen or heard of, it is truly a remarkable achievement to make this type of service accessible to everyone (previously, the easiest was a Github project called Streisand). It’s not intended just for those circumventing internet blocks, by the way: it’s also for protecting the identity of journalists or those who would be targeted by authorities for sensitive information online. To give you an idea of the cost of this service, Digital Ocean, one of the most popular providers of cloud server space, starts at $5/month.

We’ll see what the next development in this cat and mouse game is. But for now, this is a big win for the mice.