Flying Through Chengdu on Two Wheels 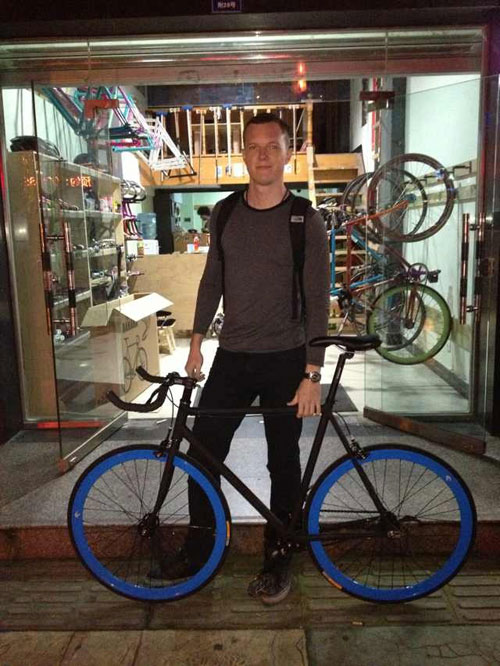 After much deliberation, I committed to building a custom bicycle about one month ago after meeting (and interviewing) the proprietors of the Natooke Custom Bicycle Shop in Chengdu. The interview illuminated a lot of interesting points about bicycling in Chengdu which I hadn’t thought about previously, namely the advantages that this city offers to cyclists. Here are a couple.

With these factors in mind, it wasn’t difficult to commit to the bicycle as a transportation platform. Although the longboard (skateboard) that I got over the summer has been a blast, it isn’t practical for traveling distances of more than a mile. My goal is to commute to and from my office by bicycle daily, which is a trip of about 30 kilometers (roughly 19 miles). It’s no small distance for someone like me who’s not experienced in long range bicycling, but I feel that for the first time in my life, I’m up to it. This isn’t just a bike, it is a lifestyle choice.

Here’s to a kind of health and enjoyment that I haven’t known before.