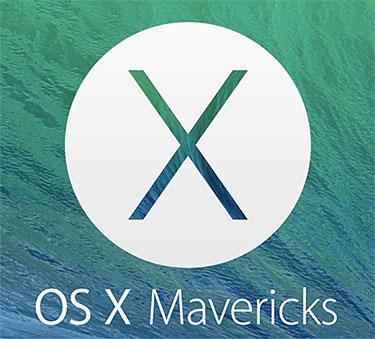 Today I upgraded to the latest version of Mac OS X, called Mavericks, named after the famous surf break off the coast of Northern California.

Inside the update are a number of small improvements to OS X, including one which I previously hadn’t heard about. It’s called Safari Power Saver. Which, I admit, sounds a lot better than Automatic Flash Blocker. But that’s exactly what it is.

Here’s how it’s explained by Apple:

Many websites display animations using power-hungry plug-ins that can drain precious battery life. But OS X Mavericks is watching out for you. The new Safari Power Saver feature recognizes the difference between what you came to see and the stuff you probably didn’t. If the content is front and center it plays as usual. But if it’s off in the margins, Safari Power Saver pauses it. You’ll see a static preview, and it won’t run until you click to play it. So if you don’t want to watch something, it won’t take a toll on your battery life. With Safari Power Saver, when you’re browsing websites with plug-in content, your CPU will use up to 35 percent less power.

Here’s another way to put that: Most of the time when Flash is running on a website you visit, you don’t want it to be running. So we disable it for you, automatically. In case you want Flash to allow to run, a single click enables it.

I’m impressed by OS X and the continual refinement it has seen. It has always been Apple’s mission (and Steve Jobs’ personal mission) to expel Flash from all of its devices. And good for them, because Flash sucks. Not much has changed since 2010 when I wrote this.