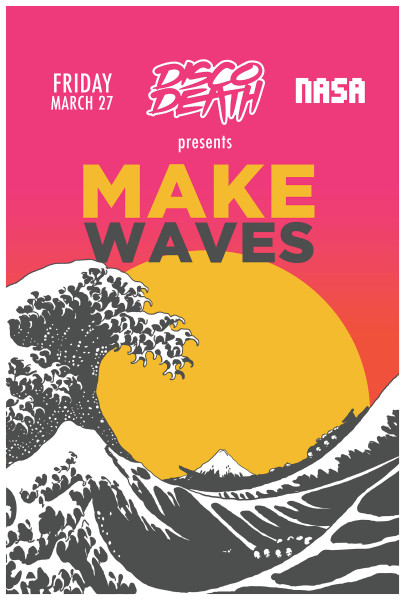 Last weekend we hosted another Disco Death event, this one called Make Waves. As you can see, the visual theme of the event was Hokusai’s Great Wave painting, created in 1829 and part of a larger series of paintings called Thirty-six Views of Mount Fuji. I’ve been a huge fan of this painting in particular since I visited a Hokusai exhibition at the Freer Gallery of Art in D.C. a few years ago.

Musically, this event was about welcoming in the summer. It’s t-shirt season in Chengdu already. We played an eclectic range of reggae, surf rock, funk, and melodic hip hop.

This event was done in cooperation with Jovian and PLGRM, a pair of visual artists from Boston. They designed, built, and projection mapped onto a large wave shape made out of foamcore (a three-layered material of polystyrene covered with white claycoated paper). The visuals were amazing.

We have video from the event which is being edited into a summary of the evening as we’ve done with previous events. 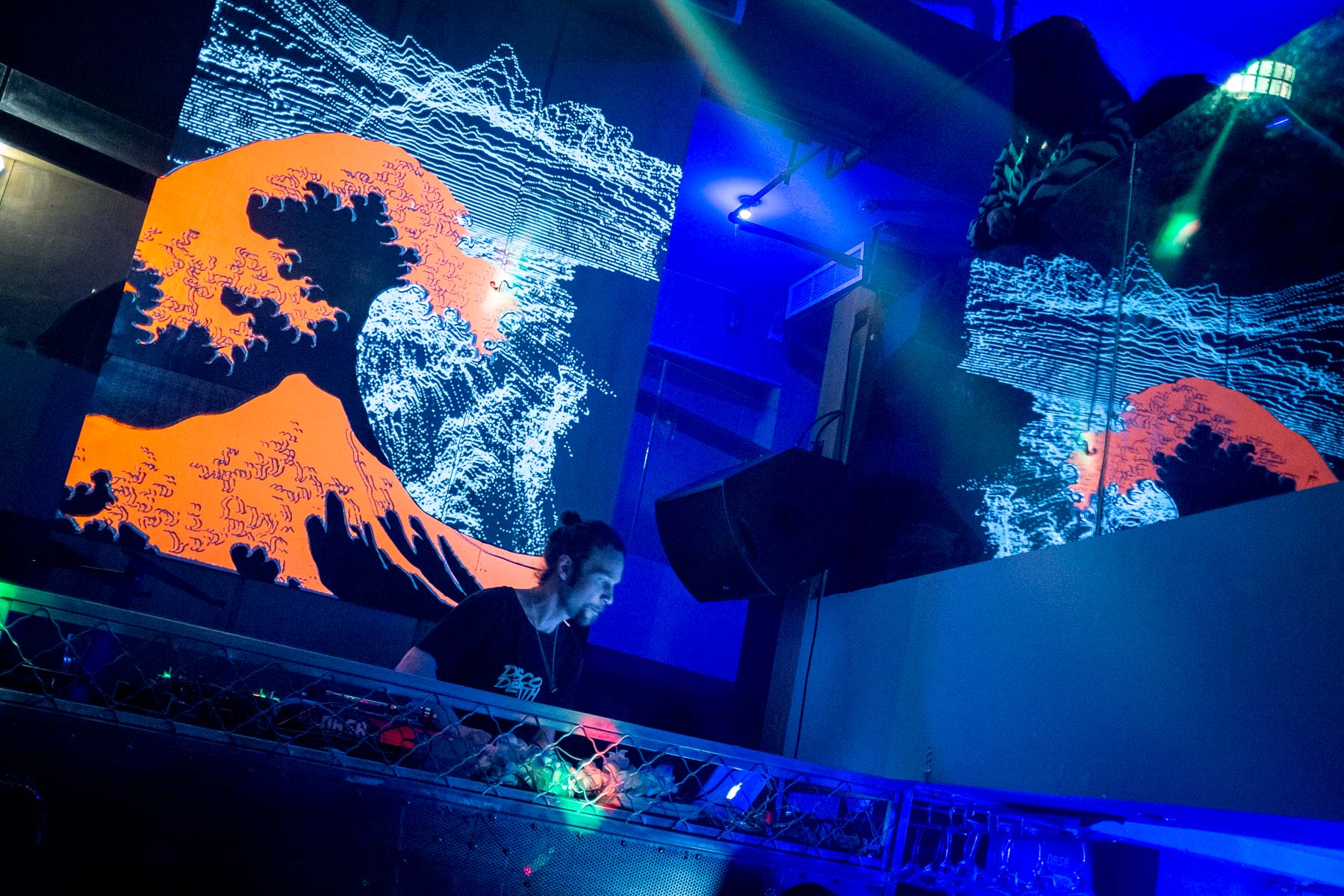 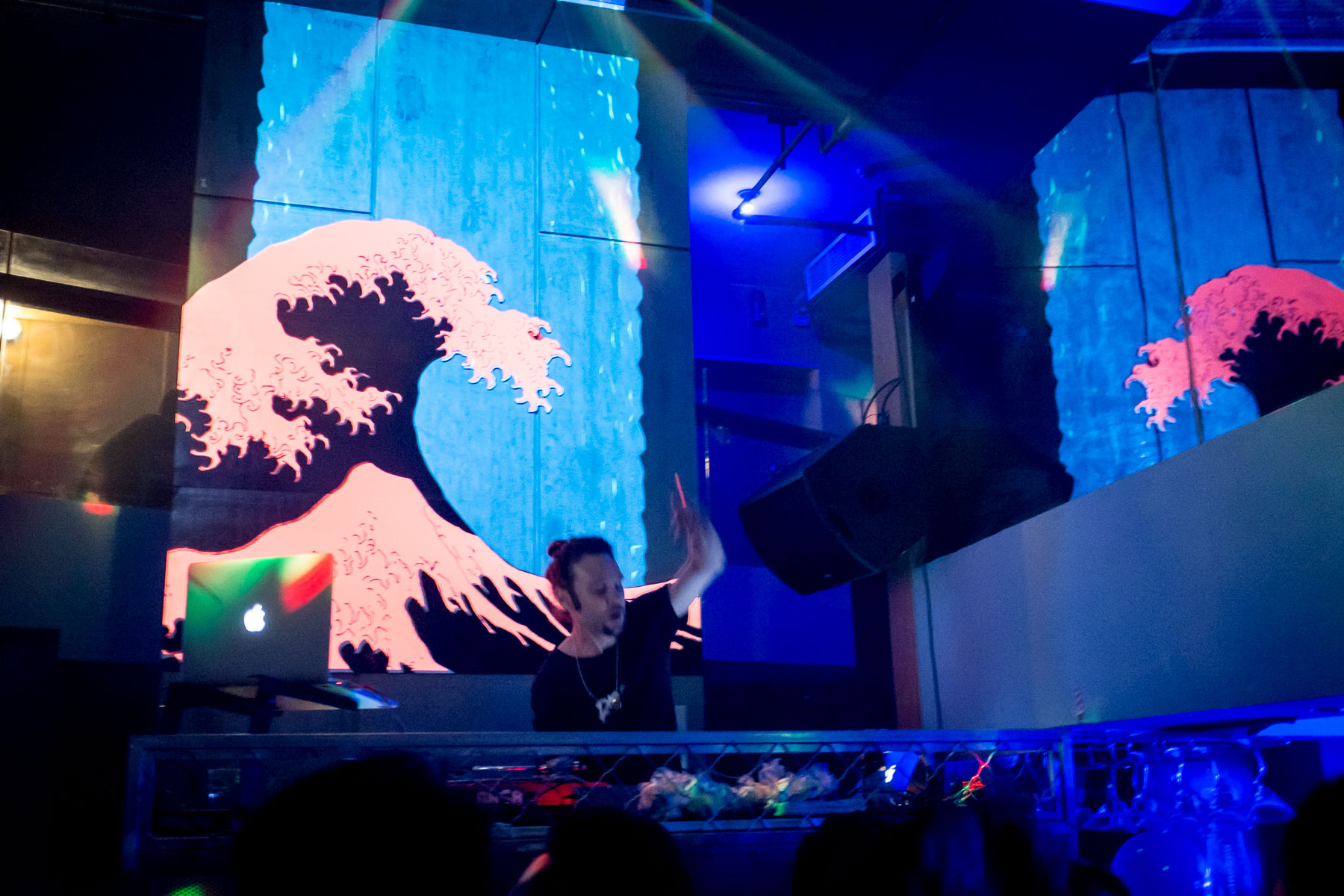