One Year With Android: Looking Back at iPhone 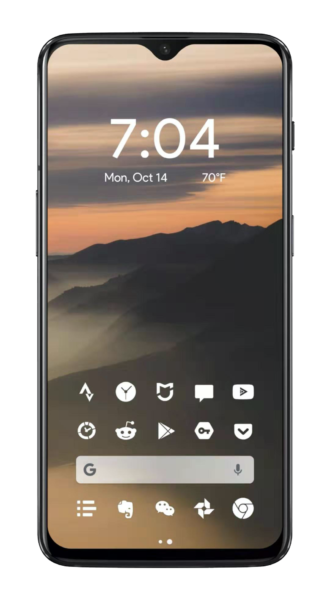 It’s been a year since I made the decision to move away from iPhone after more than 5 years. Here’s what I’ve found in one year after I first switched from an iPhone 6S+ to the OnePlus 6T. At the end, I’ll summarize what my thoughts are on where I’ll go from here, when I upgrade my current phone.

This post is one year after my initial Android impressions, immediately after switching.

One of the most touted features of Apple is the way that they complement each other for seamless use. Although I’ve switched from iPhone to Android, I still use an iPad and a MacBook Pro daily, but I haven’t found that I’m lacking much leaving iPhone. I’ll go through each of these Apple-specific features which I’ve had to give up.

There truly is something about the iPhone hardware which is special. It feels like a perfectly balanced gem in your hand. However when you add a case to the phone, which almost everyone does, there is no meaningful difference between iPhone and Android. iPhones are probably built better and last longer than most Android phones and as a consequence, they cost significantly more. iPhone removed the headphone jack, but so did iPhone.

iPhone is still using their proprietary lightning connector, which is dumb, while Android phones use USB-C which is great. Cables and accessories are much cheaper and more available. To give an example, an Apple lightning cable is $20 while a similar USB-C cable is about $2.

One advantage of iPhone is that it’s easier to repair because it uses standard parts which are also in use by tens of millions of other people. Repairing an Android phone isn’t always so easy, but consider that Apple is taking ever more hostile action to stop users from repairing phones on their own. Here’s the latest example: Apple implants warning message to restrict third-party battery repairs. Apple is hostile to attempts to bypass the Apple tax which comes with iPhone and other Apple products. That’s a major downside.

Overall I feel completely satisfied with the hardware of my year-old OnePlus device. Upon purchased, I was concerned about my OnePlus phone not holding up well compared to iPhone. Fortunately that hasn’t been an issue, and I’ve experienced zero defects so far.

When directly comparing iPhone and Android versions of the same apps, the iPhone version is usually better. The iOS App Store features better curation and has some very high quality exclusive apps. Then again, you can install anything you like, from any source, on Android. I would call this one depending on whether you’re a casual or power user: casual users are better off with the App Store, while Android offers the openness which more advanced users will find great value in.

Apps are often significantly cheaper on Android. I suspect the pricing theory for app developers goes something like this: “Users with an iPhone have the money to spend on apps, so we won’t offer them any discounts.” 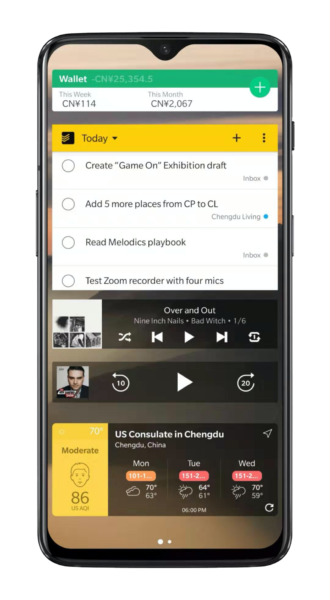 This is a huge benefit of using Android which I didn’t fully appreciate until I began using one daily. You can completely customize your Android phone, in virtually any way that you can imagine. Apple probably argues that most people don’t need this degree of control and customization, and they’re probably right. However if you’re the type who wants to customize your phone to suit your needs and not those of the average user, you should absolutely stick to Android. I’ve spent time exploring different launchers (I use Nova Launcher) and different home screen layouts and have what I consider to be a far superior experience compared to what I had on iPhone.

Here’s a simple example. On the iPhone home screen, you have apps and folders with apps. On the Android home screen you can have widgets which show things like the weather forecast, podcast listening progress, your daily/weekly budget, calendar events for the day, and basically anything else you can think of. While no one would want to clutter their home screen with all of these things, having the ones important to you makes a big difference. To the right is an image of the second screen on my home screen, accessed by swiping left. The main home screen is above, at the top of this post.

If you don’t want to fiddle with things like this, stick with iPhone. It is serviceable, it just doesn’t suit everyone’s specific needs.

Android easily destroys Apple in this category. You get so much more on the Android platform, for so much less. At the time that I moved away from iPhone, I considered it an experiment. I spent half as much ($500) as I would have on an iPhone X and my expectations were massively exceeded. There’s simply no need to spend upwards of $1,000 on a smartphone in 2019 or 2020, given what’s available at a fraction of that cost. Phones are fast, cameras are great, thousands of apps are available on each platform.

Cost was a huge factor for me in moving away from iPhone. Aside from paying what I felt was an excessive Apple tax for the latest devices, Apple just isn’t innovating much any more. There isn’t anything on the latest iPhone which is worth paying substantially more for.

I’m happy with Android and don’t plan on buying an iPhone anytime soon. I expect to upgrade in about a year, as a two-year cycle is the one I’ve stuck to since the introduction of the first iPhone. When it comes time to make that upgrade, I’m hard pressed to think of what I need that I don’t have now. Phones are that good now, and there’s simply no great reason to pay substantially more for an iPhone from my view.
Monday, October 14th, 2019|