Should You Listen to Music While Working?

I love listening to music. I have a huge collection of music and I’m always seeking new artists and albums to explore. I also spend most of my days working on a computer. It seems like the two would be a perfect match, but recently I am not finding that to be the case.

I got started down this line of thinking when I noticed a pattern with how I listen to music while working: I play the same songs over and over. I don’t normally do this when listening to music, only when I’m doing something at the same time. As I read more about this phenomenon, I uncovered some interesting things.

The first was from a book called On Repeat: How Music Plays the Mind by psychologist Elizabeth Margulis, where she says:

“Musical repetition gets us mentally imagining or singing through the bit we expect to come next… A sense of shared subjectivity with the music can arise. In descriptions of their most intense experiences of music, people often talk about a sense that the boundary between the music and themselves has dissolved.”

Matt Mullenweg, founder of WordPress, does the same thing:

“When you’re coding you really have to be in the zone so I’ll listen to a single song over and over on repeat, hundreds of times. It helps me focus.”

There are a few reasons why this happens:

Studies like this one confirm that listening to music before approaching tasks increases cognitive processes like attention and memory. Listening to music when taking a break seems like a good approach.

So… Work in Silence? 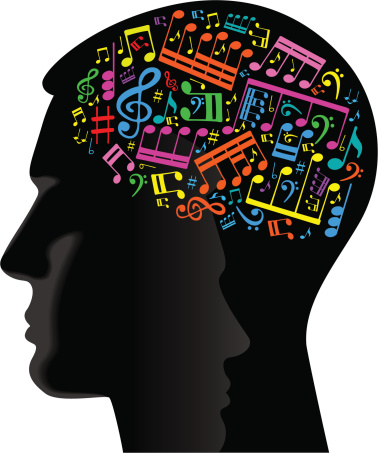 As much as I try, I cannot do this. Fortunately, I have found something better.

For a few months I’ve been using Brain.fm, which has become one of my favorite apps. It’s a brain entrainment utility which generates background noise to listen to while working, relaxing or sleeping. I started with a daily habit of using this tool for a few minutes each day to see what effect it had. And what I quickly found is that going back to music after listening to brain.fm was jarring and disorienting. I felt like I couldn’t focus entirely on what I was doing.

I listen to brain.fm for most of the day now. Try it and see if it doesn’t a similar effect for you.