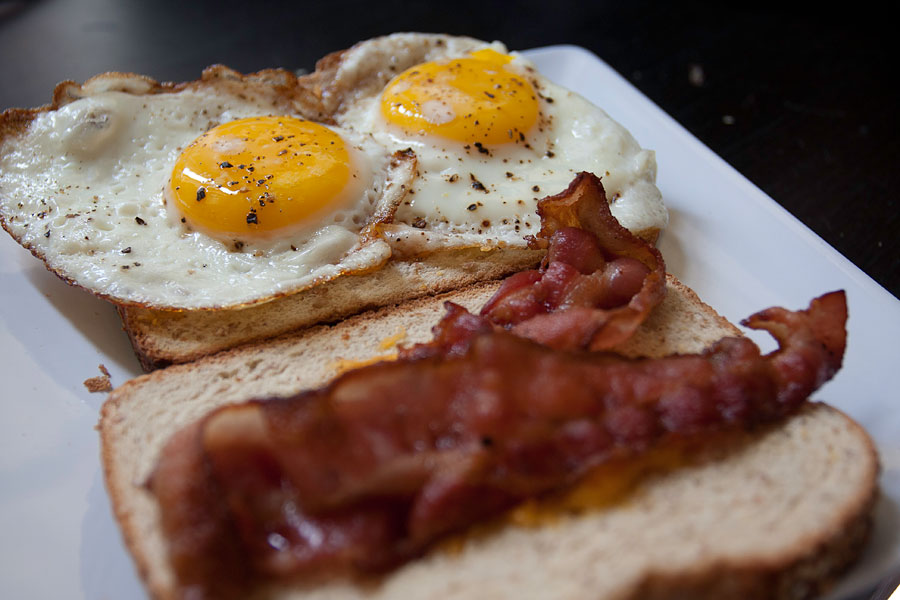 Tommy made this for breakfast when I was in Los Angeles at his studio downtown.

I hadn’t met Tommy before arriving in Los Angeles that time (he’s old friends with Nemo), but his culinary skills are incredible. We’d return to his place after a late night out and he’d casually prepare elaborate middle eastern snacks (he’s a caucasian raised in Saudi Arabia). Snacks is under-selling it, they were hors d’oeuvres.

This was one of those small meals which I absolutely had to catch a photo of.