I was invited to a cosplay convention last weekend by a Chinese colleague named “DCZ”. If you aren’t familiar with cosplay, it is the group activity of Asians dressing up as comic book characters. Specifically Japanese comic book characters – the type with blue hair and gigantic eyes, clutching disproportionately large weapons like swords and axes. It is a sight to behold. If you get invited to a cosplay event, I suggest you not turn it down.

A scan of my Chengdu cosplay event ticket

Shortly after entering I was treated to the finals of the cosplay “acting” competition which was on stage. This involves a cast of half a dozen or so Chinese young adults who act out the roles of their favorite cartoon characters. In this case it was Final Fantasy VII: Advent Children, a popular Japanese animation film.

Each character is acted out by a different Chinese person in complete getup, including styled hair, custom wardrobe, and plastic weapons. They mime dialogue as a recording plays the voices of each character, spoken in Chinese. Characters get impaled and killed on stage, some laugh maniacally, others weep. I’m not sure if this is coming through, but the entire thing looks ridiculous.

… is without a doubt, the sights. Oh, the sights. It’s like a world where adults embrace the imaginative spirit of childhood.

Most of these cosplayers have adult jobs and adult lives, but the cosplay convention offers them the opportunity to forget about all of that. Forget about society, about their worries, and don a cape and brandish a plastic katana. For an afternoon, they can be a ninja among like-minded peers. 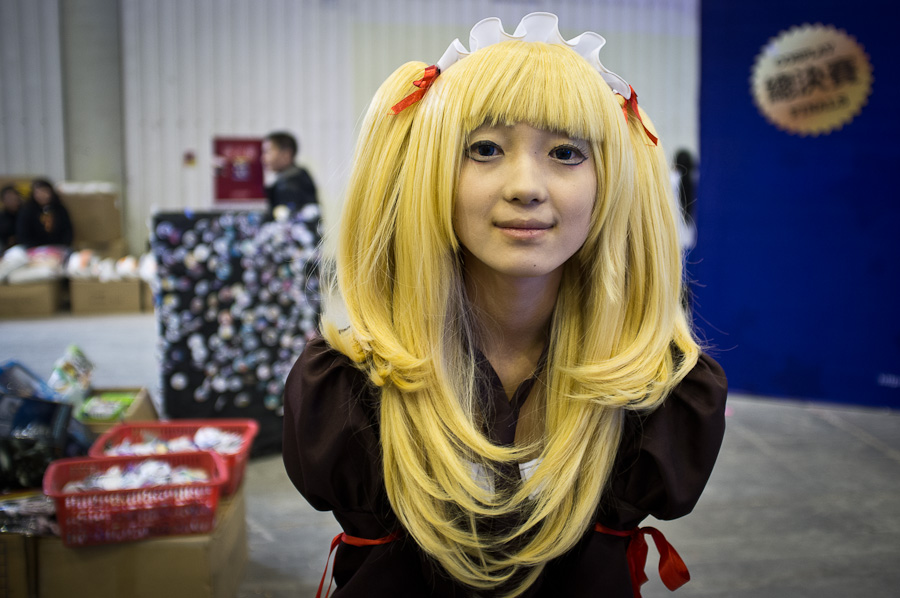 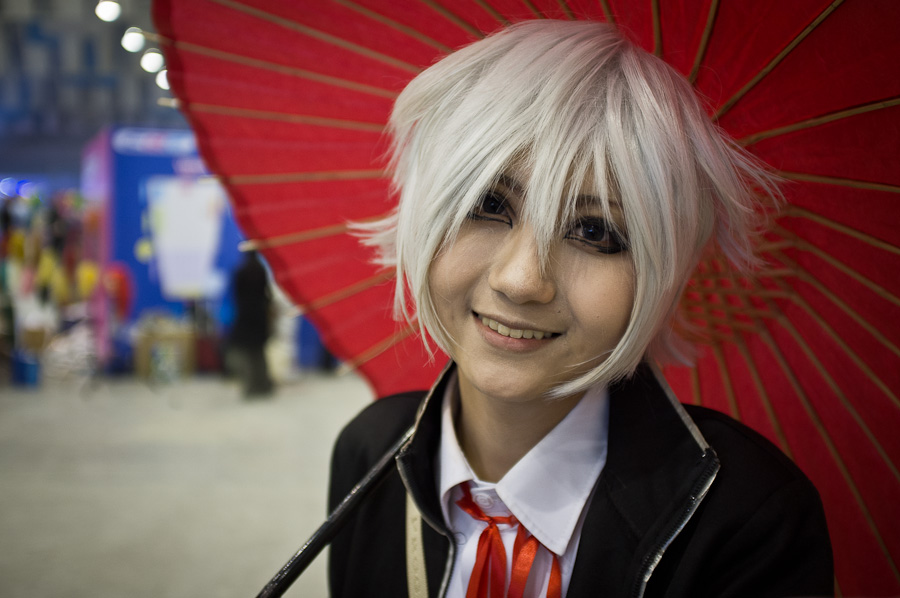 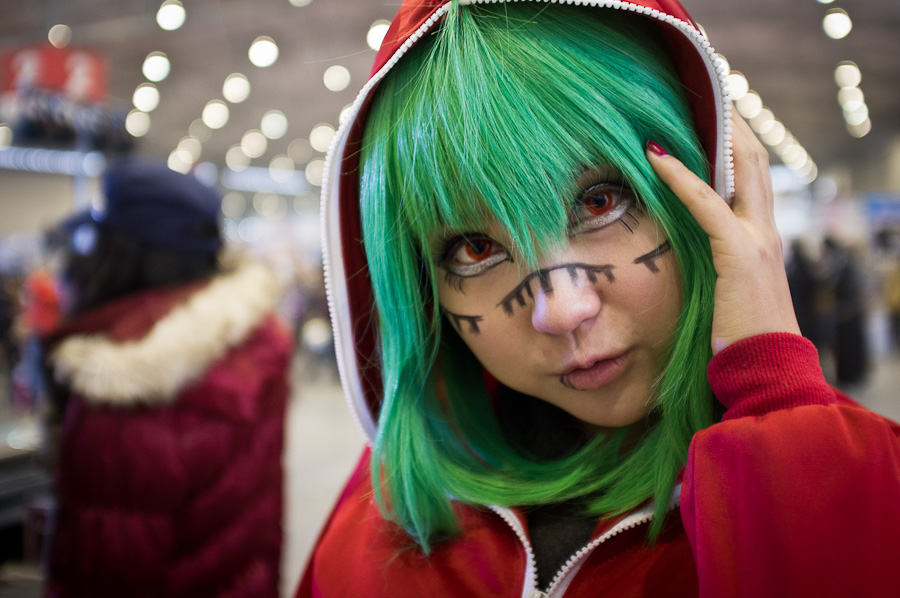 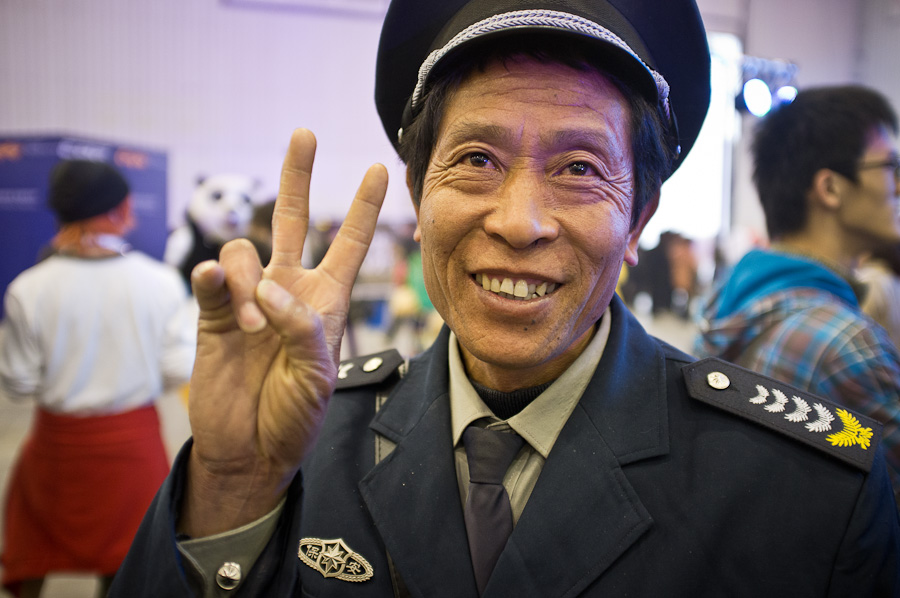 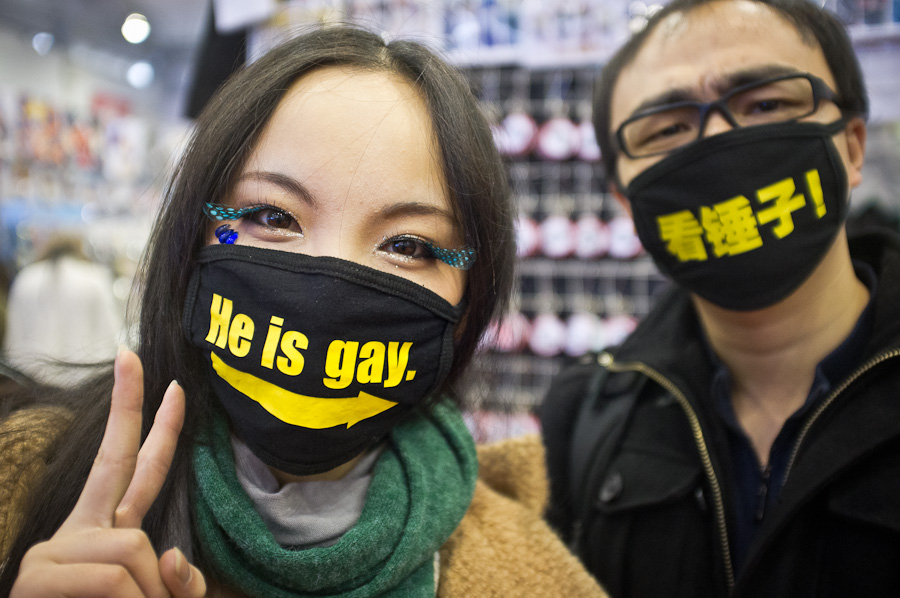